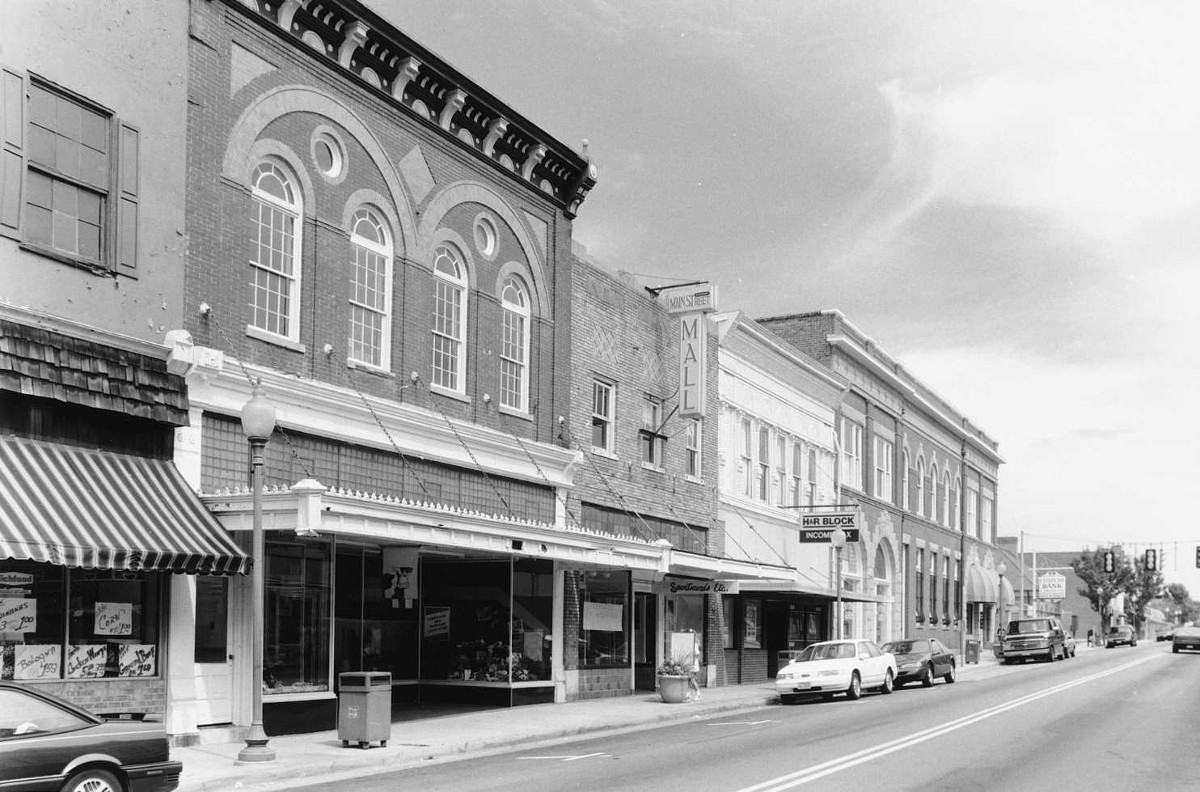 A full range of small-town-American building is present in the historic commercial and residential quarters of this Southside community. The town grew up around Schwartz Tavern, a late 18th-century landmark. Concentrated building did not occur until after 1881 with the formation of the Norfolk and Western Railway system, making the community poised for development as a shipping point. The town, formerly Black’s and White’s, was incorporated with its new name, Blackstone, in 1888 and became a leading tobacco market. The commercial area preserves a rich display of early 1900s facades, many faced with decorative sheet metal. The large residential neighborhood south and west of the commercial area was developed aftern 1900 by the Blackstone Land and Improvement Co., and contains a broad range of Queen Anne and Colonial Revival dwellings along with four churches and the 1922 Georgian Revival former Blackstone College of Girls.