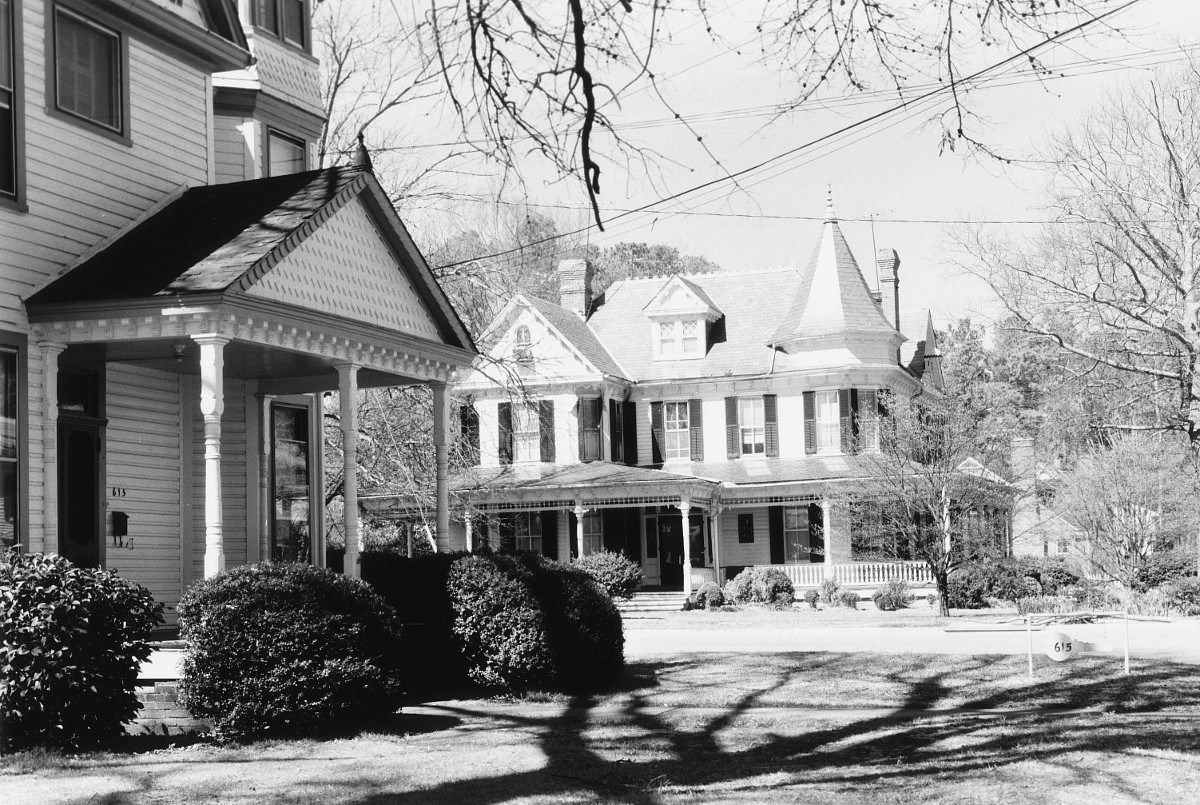 Franklin arose between 1835 and 1840 as a village at the head of navigation on the Blackwater River. By the mid-19th century, the development of rail transportation and river commerce in southeastern Virginia made Franklin an important commercial depot for the region’s agricultural products. In the late 19th century, Franklin became the headquarters of the Union Camp Corporation, a timber products industry. The majority of the buildings in the district, which includes the downtown area and adjacent residential streets, date from Franklin’s economic resurgence in this period. Picturesque streetscapes of high-style and vernacular residences are seen throughout the large neighborhood west of the downtown. Because of a fire in 1881, most of the structures in the commercial area date from the late 19th and early 20th centuries. Examples of Italianate and Colonial Revival styles are particularly well represented in the commercial architecture of Main Street.

In 2004, the district was expanded to include the Camp Family Homestead and the Poplar Springs Cemetery, which are located directly northwest of the original boundary. The three-acre Camp Family Homestead has been associated with the Camp family since George Camp, Jr., acquired it in 1826. All of the founding members of the Camp Manufacturing Company, now part of International Paper Corporation, grew up there before forming the company in 1887. The Camp family is still closely connected to the Homestead and the city of Franklin.The 13-acre Poplar Springs Cemetery has been the final resting place for the citizens of Franklin since 1883. Among those buried there are three of the Camp brothers and at least 62 Confederate States of America veterans.
[VLR Listed: 6/16/2004; NRHP Listed: 8/11/2004; Minor amendment to text, NRHP Accepted: 1/25/2005]