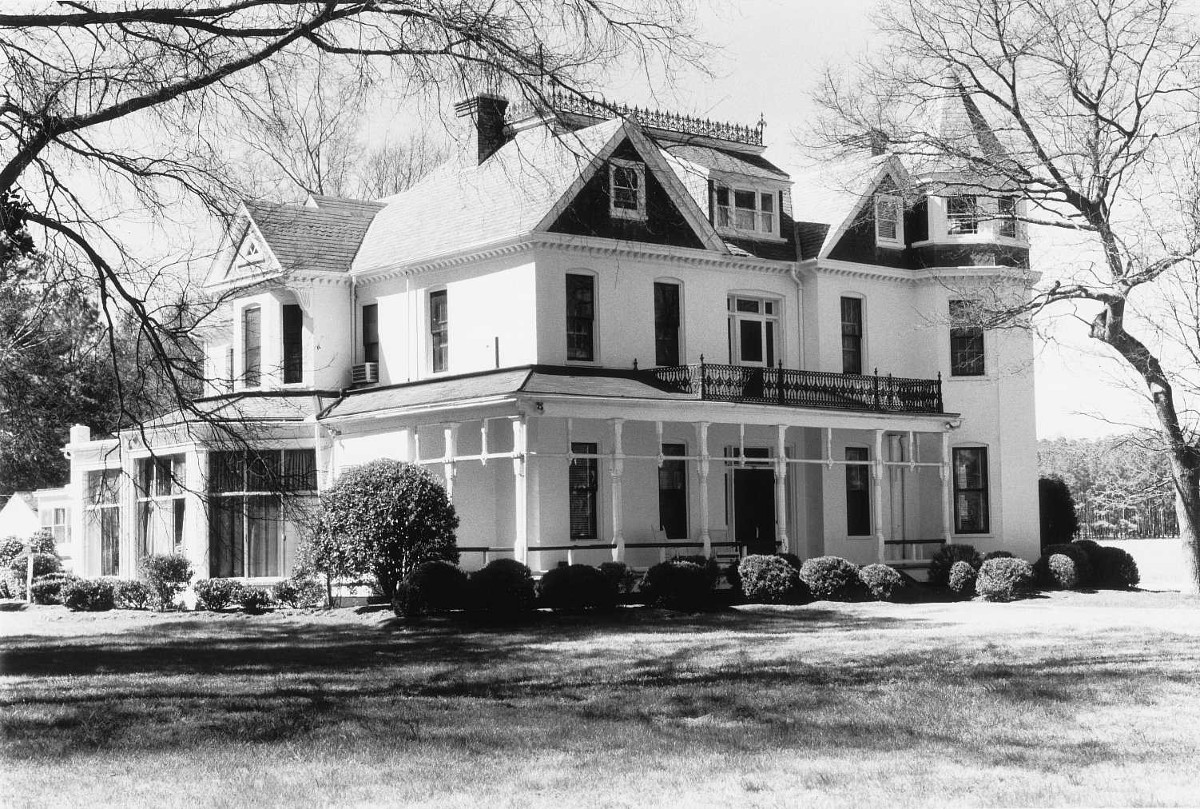 Built by Paul D. Camp, a founder of the Camp Manufacturing Company, today’s Union Camp Corporation, the Elms stands as a tangible symbol of the success of a large industrial enterprise. The lumber industry that Camp and his brothers developed in Southampton County after the Civil War revived the economy of southeastern Tidewater Virginia and also enabled the Camp family to create new cultural resources for the Franklin area in the form of schools and libraries. The spacious late Victorian house, built in 1897, exemplifies the residences built by well-to-do small-town businessmen and community leaders in the late 19th century. Typical of such houses, it has numerous gables, a corner tower, long front porch, and decorative interior woodwork. Now owned by the Camp family foundations, the Elms is used for the management of philanthropic activities and for special functions.