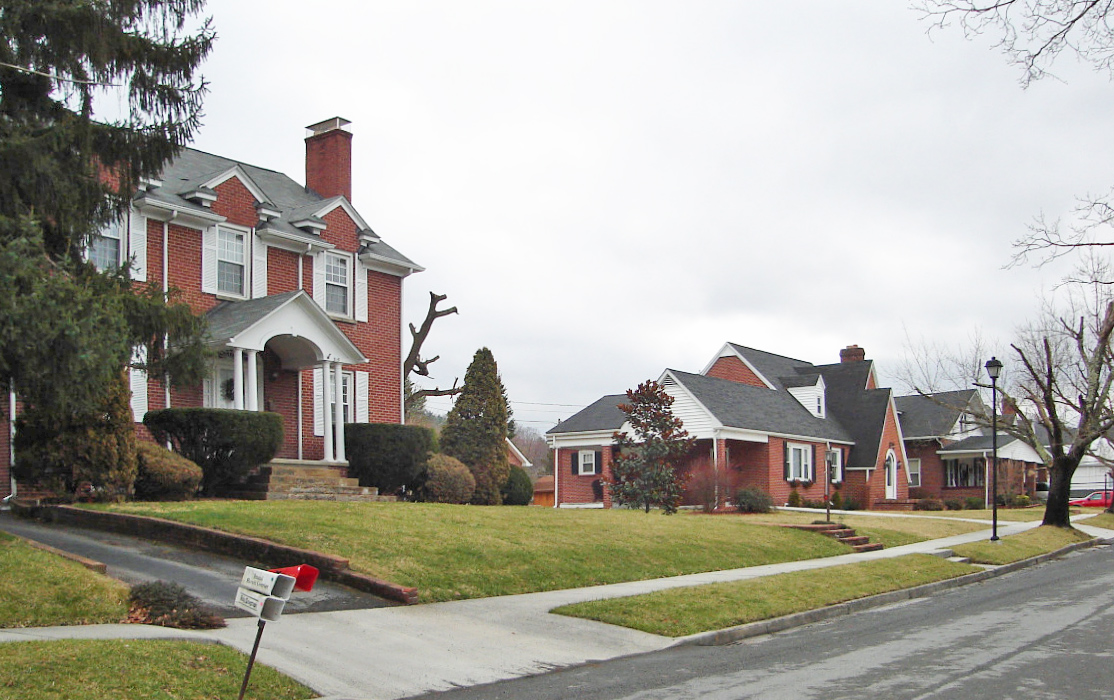 The Richlands Historic District contains the residential and commercial buildings associated with this period of the town’s development, including Late Victorian, Craftsman, Gothic Revival, Colonial Revival, and Commercial styles. One of the earliest and architecturally impressive buildings is the Georgian Revival Clinch Valley Coal and Iron Company Office Building. This, and other high-style commercial buildings in the town, reflected the urban background of the developers, and their expectations for the town’s success. However, many residential buildings were reflective of the more modest styles of the late-19th and early-20th-century, illustrating the economic dichotomy that existed in the town. Richlands grew steadily until the mid-1940s, and began its economic decline slowly, though this was hastened by a decline in mining activity in the 1980s.