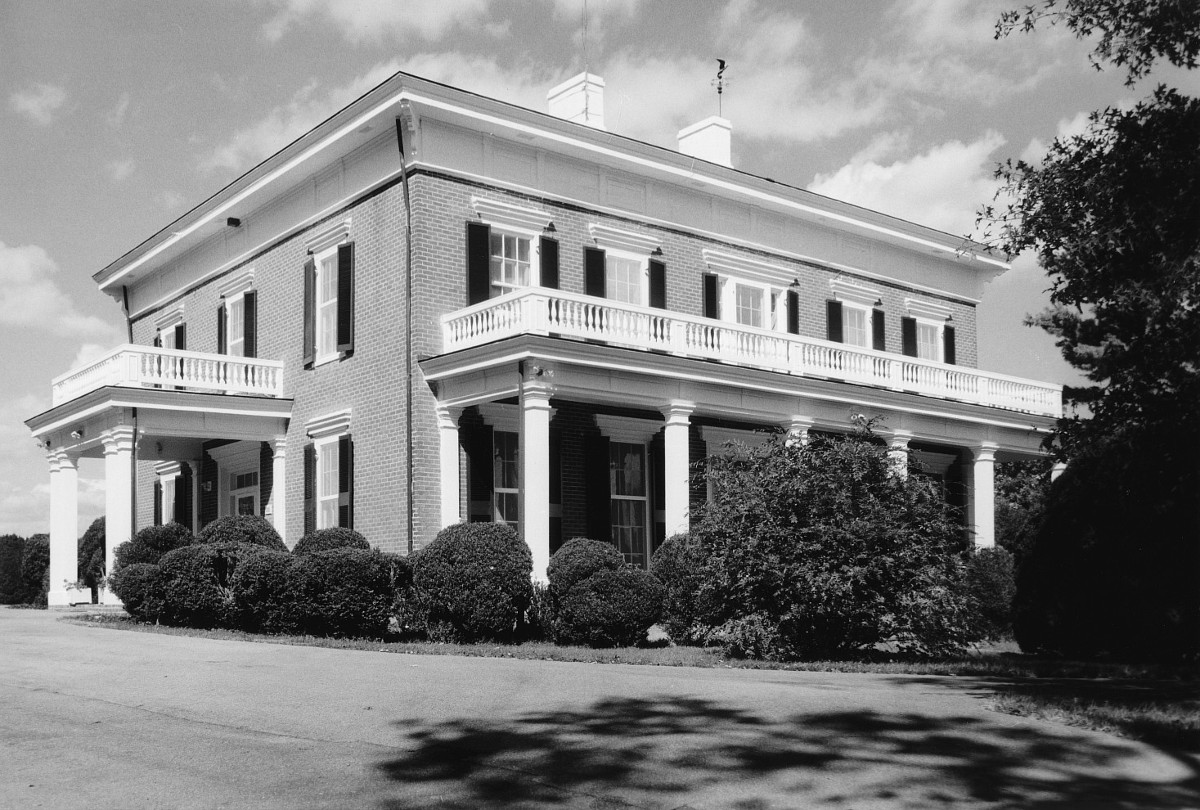 The Preston family has left an unrivaled legacy of noteworthy houses scattered through Southwest Virginia. This prosperous and influential clan has been responsible for such landmarks as Smithfield, Solitude, Herondon, and Abingdon’s Gen. Francis Preston House, now the Martha Washington Inn. Maintaining the tradition, James Francis Preston, grandson of William Preston of Smithfield, around the time of his marriage in 1855, built a splendid Italianate mansion on his farm Whitethorn, originally part of Smithfield. With its grand scale and fine detailing, the house was in the forefront of contemporary architectural fashion, rivaling prestigious Italianate houses in Richmond or Petersburg. Preston served in both the Mexican War and Civil War. He died of illness in 1862 while holding command of the Stonewall Brigade. Though bordered by suburban development, Whitethorn remains a working farm. The L-shaped house is maintained in impeccable condition.