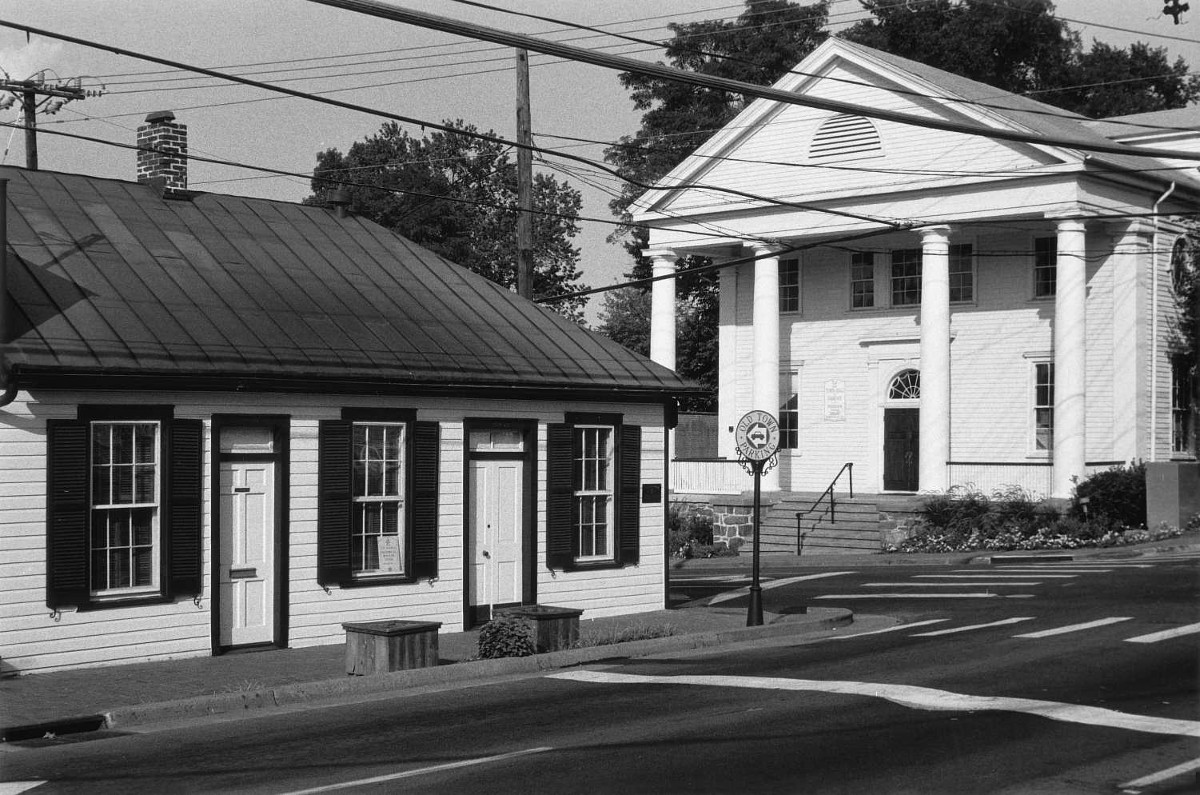 The modern city of Fairfax had its origins in 1798 when the General Assembly directed that the county seat be relocated near the county’s geographic center. The site, named Providence in 1805, was at the junction of the Little River Turnpike and the Ox Road. These historic routes remain heavily traveled thoroughfares through the district. Centered around the 1800 courthouse, the district includes some forty-eight buildings, six of which predated 1850. The rest are an assemblage of modest-scale commercial and residential structures. A focal point is the 1900 frame town hall, built for community use by Joseph E. Willard, a lieutenant governor and diplomat. During the Civil War town life was subjected to constant disruption by continuous troop movements and guerrilla raids. Although now an incorporated city greatly expanded beyond it 19th-century confines, Fairfax’s historic core retains a small-town character.