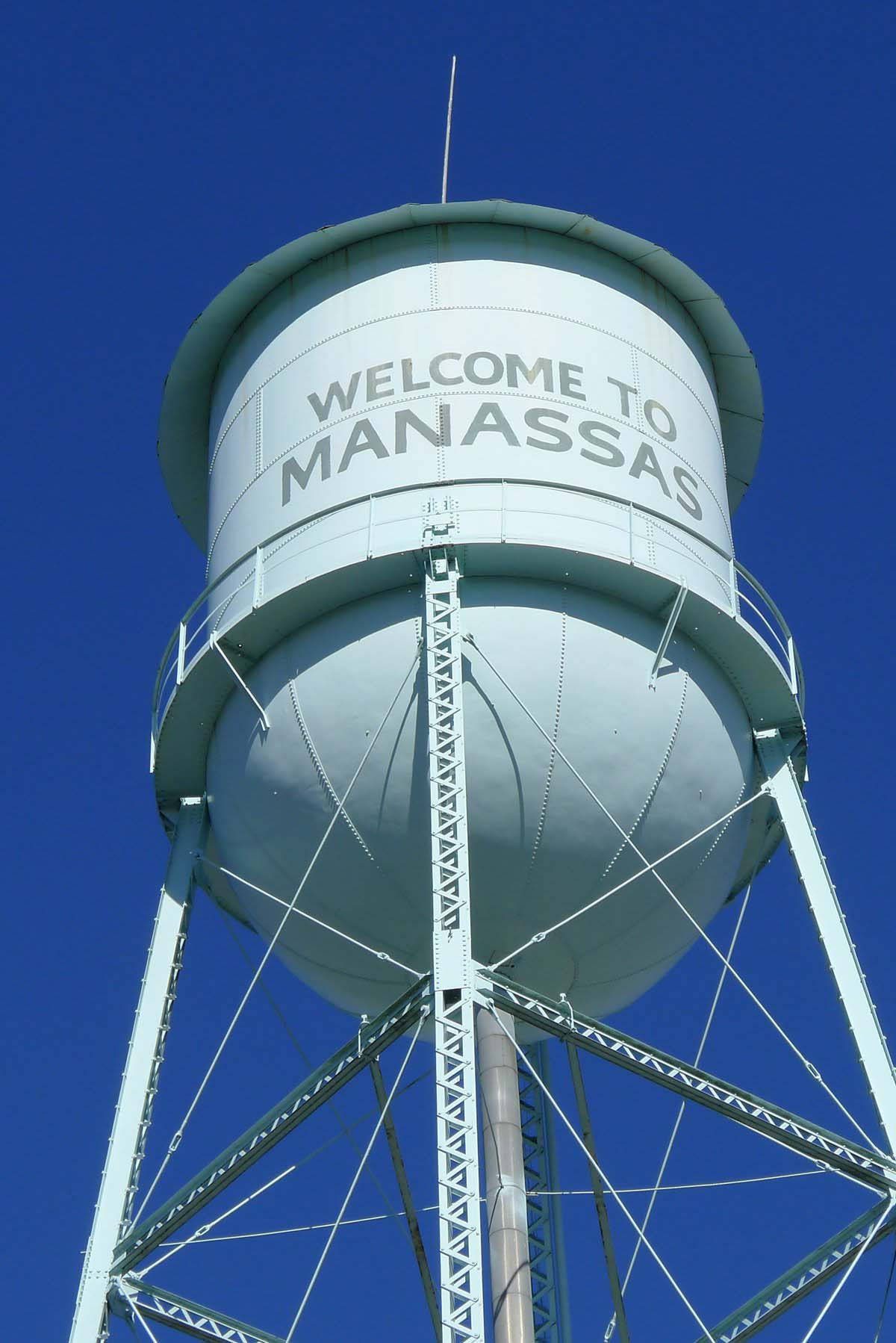 With its construction in 1914, the 147-foot-tall Manassas Water Tower signaled the community’s pivot from a small rural town to a modern city with a planned infrastructure. It arose during an era when elevated steel water tanks, first developed beginning in the 1890s, emerged as common landmarks in communities throughout the U.S. As a central component of the city’s first municipal waterworks, the Manassas tower’s 75,000-gallon capacity supported community-wide fire protection in a pressurized system, while offering residents clean, abundant water. The oldest surviving public water tower in Northern Virginia at the time of its listing, the Manassas tower conforms to a then-popular design distinguished by a conical roof, a riveted steel tank with a rounded bottom, and set atop four lattice-channel posts with diagonal tie rods. The Manassas tower was the first water tower to be individually listed in the Virginia Landmarks Register in its first 50 years.