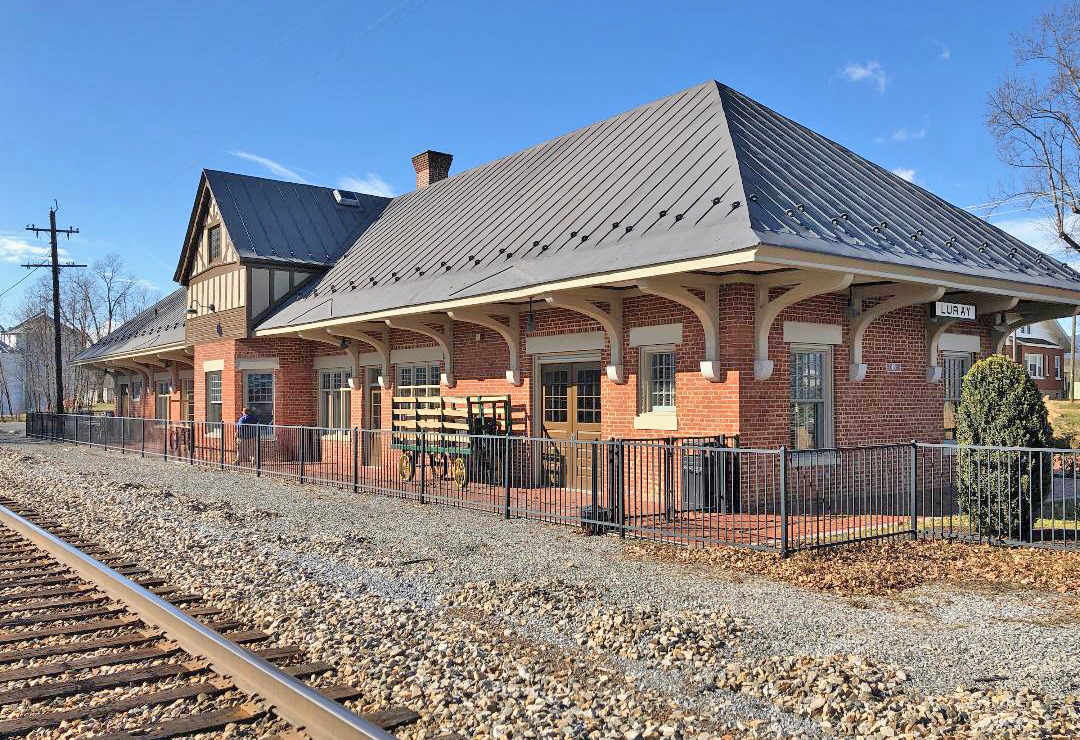 The coming of the railroad in 1881 transformed the economies of Page County and its county seat, Luray. Today the Luray Norfolk & Western Passenger Station represents an important reminder of the town’s prosperous railroad era. Built in 1906 to replace an earlier depot, the present building was damaged by fire in June 1908, then remodeled and returned to service three months later. The design of the hip-roofed brick building with Queen Anne and Tudor Revival accents is credited to Norfolk & Western Railway Chief Engineer Charles S. Churchill, and is similar in form and detail to depots built throughout the region. From the date of its construction until it was converted to freight handling about 1960, the station served as a focus of community life in Luray.