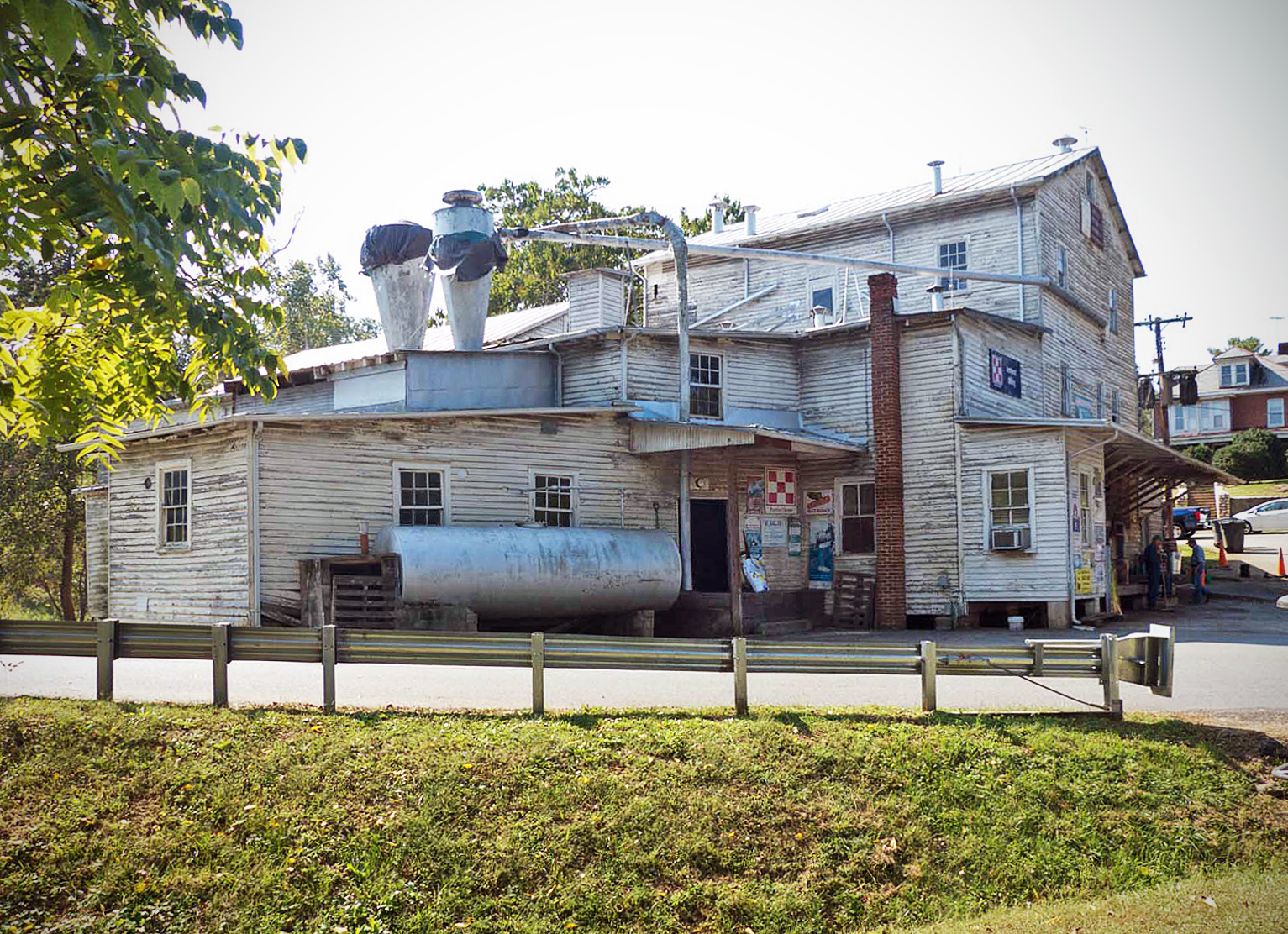 Located in west-central Virginia, the Thompson’s Mill–Amherst Mill Complex is an excellent example of an evolved 19th- and 20th-century milling operation. The mill complex is named for one of its longest-standing owners, John Thompson, Jr., and for the town of Amherst in Amherst County, with which it has been closely linked for over two centuries. Although the oldest building in the complex dates to around 1890, as early as 1793 there is mention of a mill on the site. Situated just across the railroad tracks from Amherst, the mill complex—and its historic predecessor—drew area farmers who processed their grains there, making it an economic focal point for the town and area. The complex, situated on more than six acres, also boasts a power plant erected behind the mill, which for several years provided electricity for the town of Amherst. The property also has a circa 1920s ice plant, a major supplier of ice locally for many decades. In addition to the four-story mill and the power and ice plants, the property also includes eleven other contributing resources, among them an early-20th-century brick miller’s house, a late-19th-century tenant house, sheds, a barn, and several small buildings. The mill, which produced flour and cornmeal until it closed in 2017, retains much of its historic milling equipment.