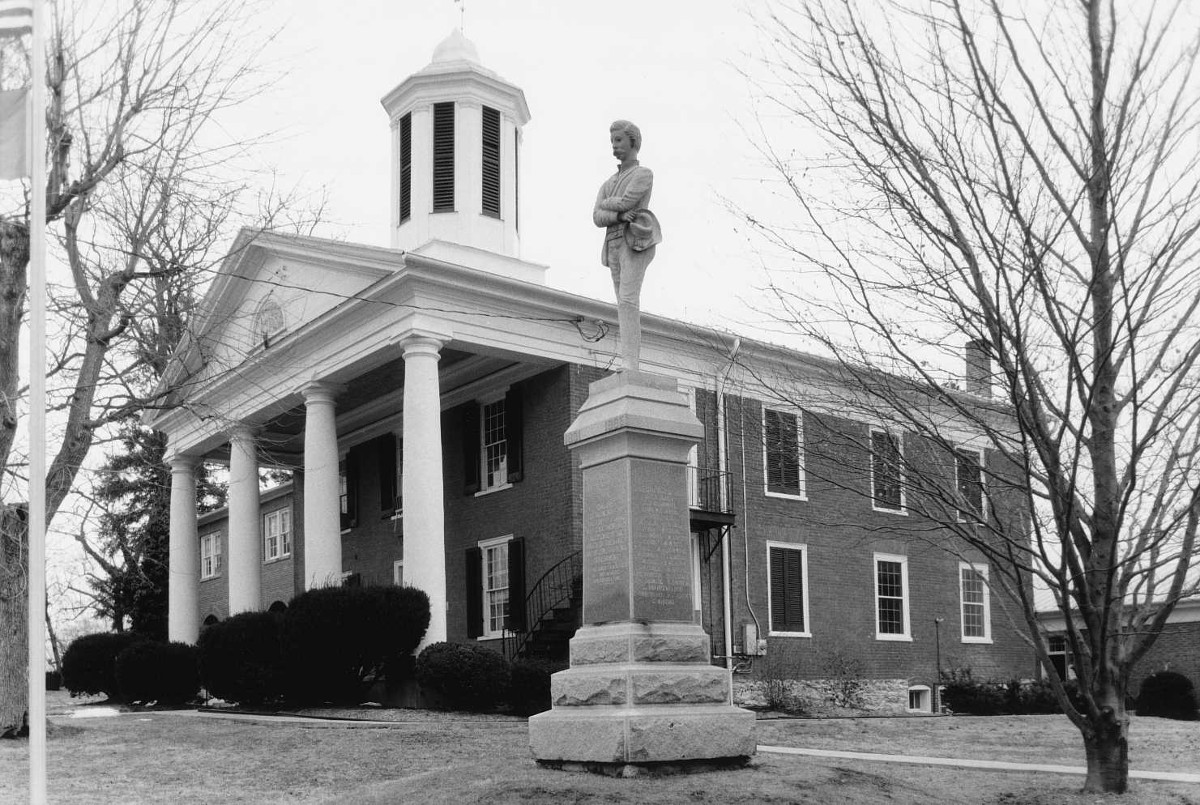 Clarke County’s historic courthouse belongs to Virginia’s collection of Roman Revival courthouses, the prototypes for which were Thomas Jefferson’s public buildings. With its tetrastyle Tuscan portico of wood and stucco set against red brick walls, the courthouse follows the Jeffersonian formula of classical forms and details rendered in native materials. On the roof is a classical cupola containing a bell to call the court to session. The building was built by David Meade, younger brother of Bishop William Meade, soon after Clarke County was formed from Frederick County in 1836. Although the exterior survives relatively unchanged, the courtroom was altered around the turn of the century when its axis was shifted, resulting in the bench being moved from the east to the south wall. Included on the square are the jail, sheriff’s office, and former clerk’s office. The present courthouse stands nearby.