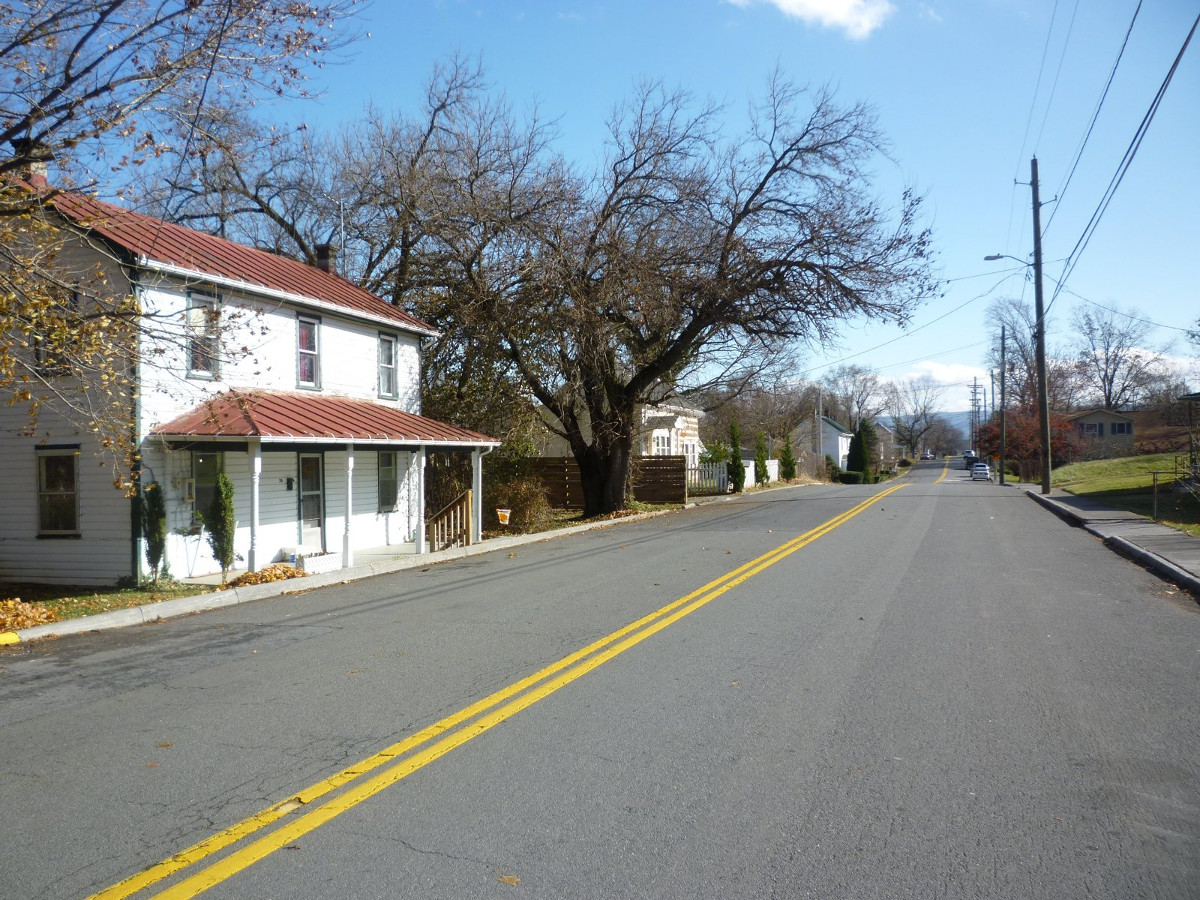 Josephine City Historic District, a historically African American community in the Clarke County seat of Berryville, was founded by freedmen in 1870 on a 31-acre parcel conveyed by Ellen McCormick, owner of nearby Clermont estate. McCormick sold the land to 24 formerly enslaved African Americans including Josephine Williams, the presumed namesake of Josephine City. The transaction was unusual for its era in that a woman—Williams—was among the grantees. The settlement of Josephine City conforms to ideas articulated by Frederick Douglass, and reported in the local Winchester Times, that urged recently emancipated people to remain close to their agricultural roots and livelihoods and refrain from moving to urban areas, particularly in the North. About a dozen of the district’s dwellings were constructed during the first decade of Josephine City’s existence, and a few survive from around the 1880 period. Two of the buildings reflect the importance of education to the community; these are an 1882 schoolhouse, among the district’s earliest surviving buildings, and the previously all-black Johnson-Williams High School, which opened as a training school in 1930 and in 1966 became a racially integrated middle school. Other historic buildings in the district include modest dwellings and outbuildings and a church and cemetery, all dating from the late-19th century through the mid-1960s. Although some historic buildings were demolished and replaced with new ones after public utilities were extended from Berryville to Josephine City in the late 1960s, the community retained its visual cohesiveness and identity at the time of its listing.