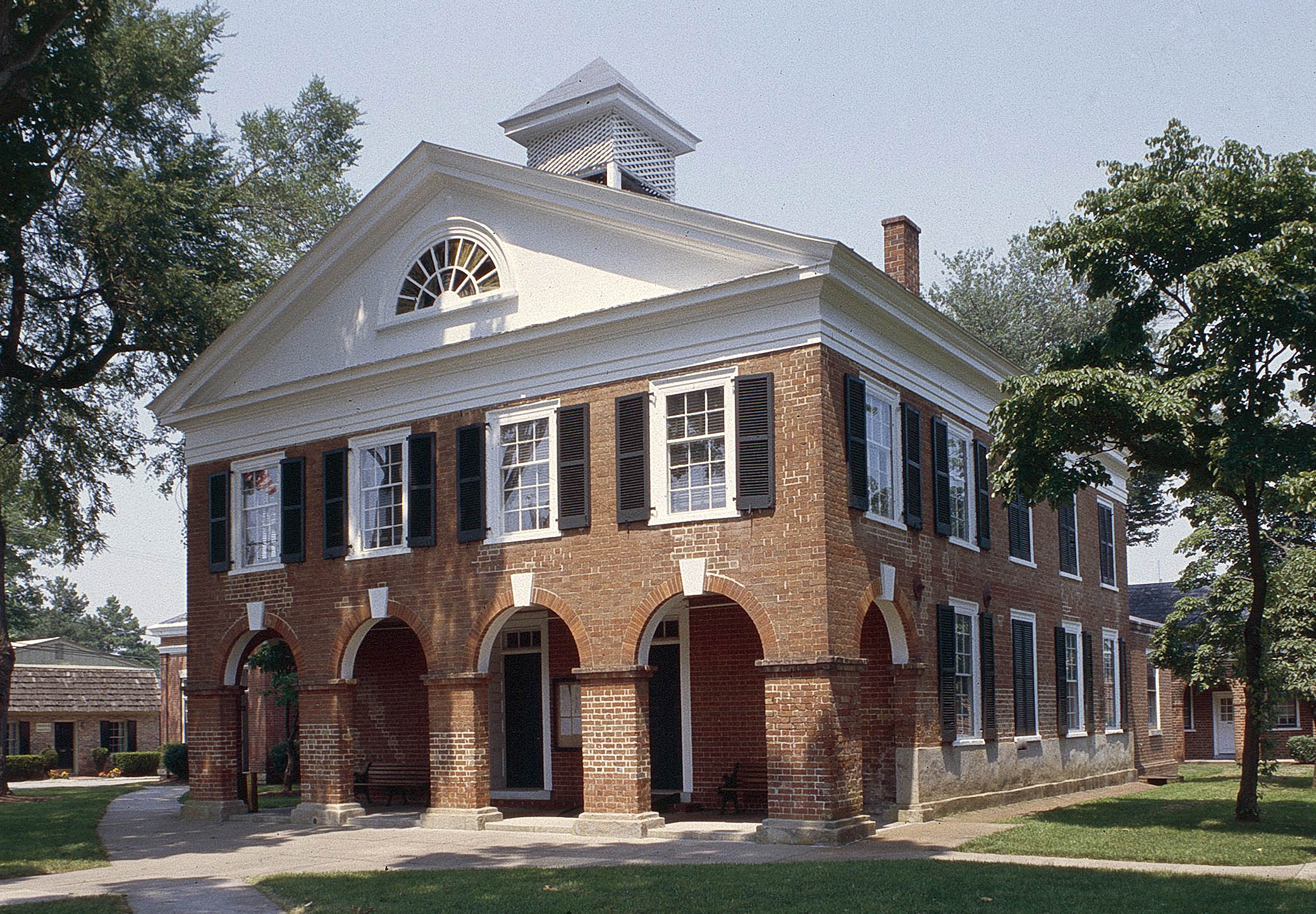 The Caroline County Courthouse was erected in the early 1830s to replace a courthouse that stood nearby. The architecturally sophisticated structure, located in the Bowling Green Historic District, is distinguished by its bold Tuscan pediment and arcaded ground floor. Because of the loss of county records, the exact construction date and designer are not known, but the building’s similarity to the Madison and Page County courthouses, both erected by master builders William B. Phillips and Malcolm F. Crawford, has led to the attribution of the Caroline courthouse to them. Phillips and Crawford had been employed by Thomas Jefferson at the University of Virginia where they became proficient in the classical vocabulary. They subsequently built numerous public buildings and houses throughout the state. Caroline’s courthouse is believed to be the county’s sixth courthouse. The interior underwent a modified restoration to its original configuration in the early 1970s.