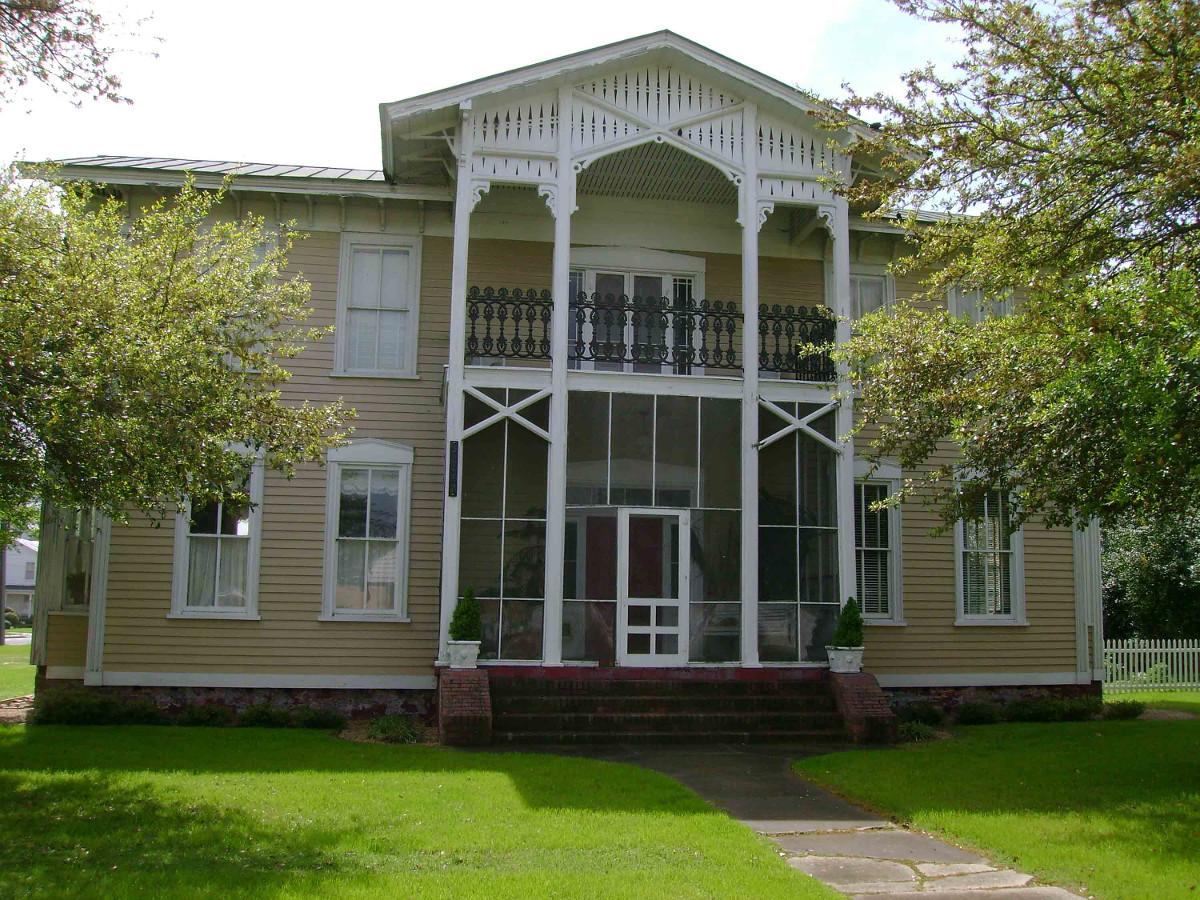 The Greek Revival Beaton-Powell House, completed in 1857, is significant for its architectural distinction and its association with two families who were instrumental in the development of the Town of Boykins, in Southampton County. The two-story, frame dwelling, with Italianate influences and featuring an elaborate two-level portico, was built by Edward Beaton, who founded Boykins in anticipation of the arrival of rail-based commerce to the area. Beaton calculated that the proposed Portsmouth and Roanoke Railway would be his ticket to recognition and financial security for himself and his family. The house passed to Edward’s son William, Boykins’s first postmaster and mayor, before ownership passed in 1902 to William Powell, who also served as mayor. Until 1996, the house remained in the Powell family, whose members contributed to Boykins’s commercial and civic life. Though it required a new roof from damage sustained from Hurricane Hazel in 1954, the house had remained essentially undisturbed at the time of its listing.