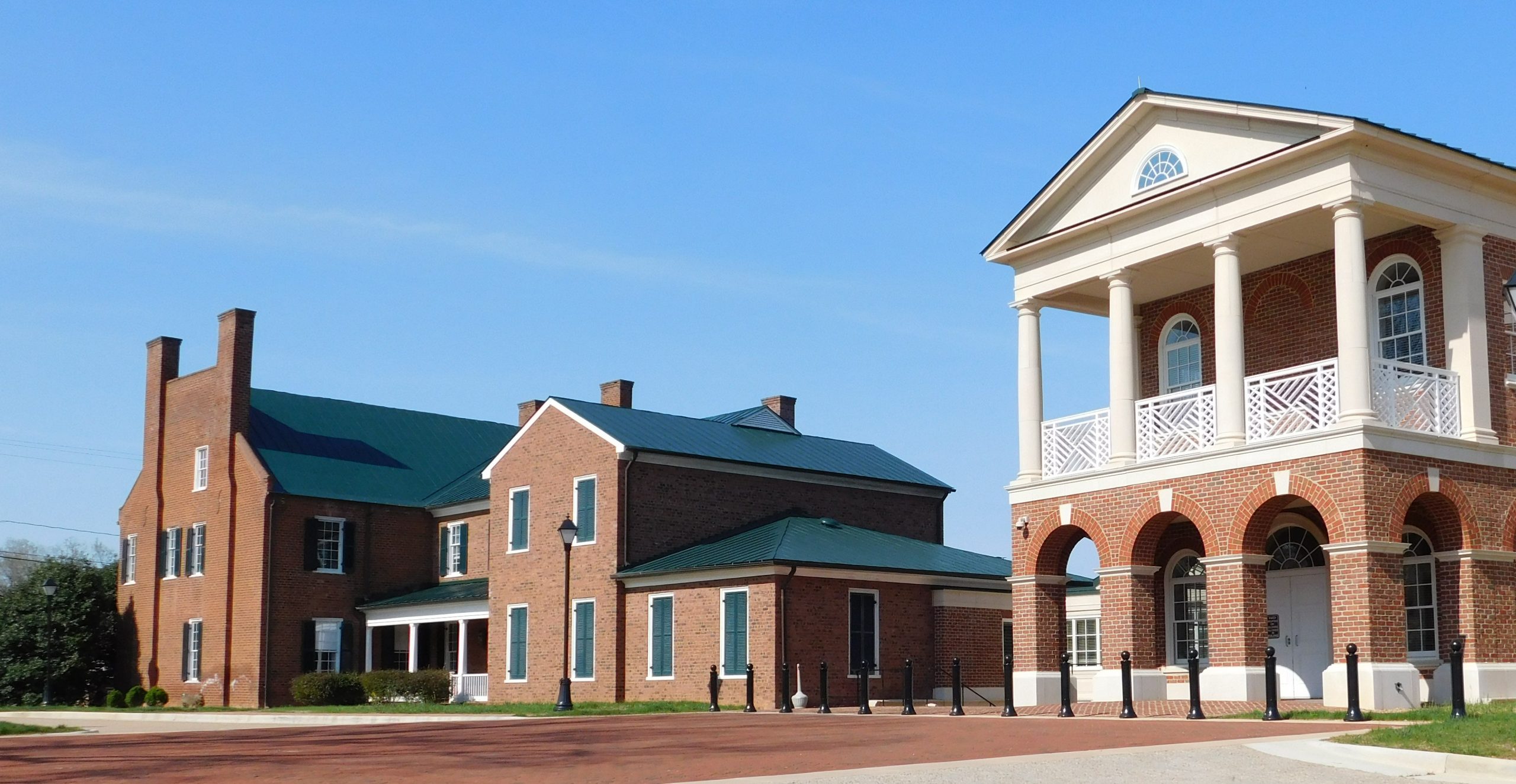 Virginia’s courthouse villages are among the most distinctive and appealing features of the Commonwealth’s cultural landscape. Charlotte County’s tiny, picturesque county seat is among the best-preserved of these communities. Situated at the intersection of the community’s two principal streets is the courthouse square, on which are Thomas Jefferson’s 1822-23 temple-form courthouse, two county clerk’s offices, the registrar’s office, the county jail, and a Civil War monument. Across the road is a row of mid-19th-century brick commercial buildings, each echoing the courthouse with a pedimented roof.  One of the district’s oldest structures is the Brick Tavern, an imposing country Federal courthouse tavern built about 1820. Prominent residences include Diamond Hill, an 1840 Greek Revival dwelling, and the W. B. Ramsey House, a vernacular house with Gothic Revival flourishes. Two farms, Wynyard and Villeview, make up the western half of the historic district.