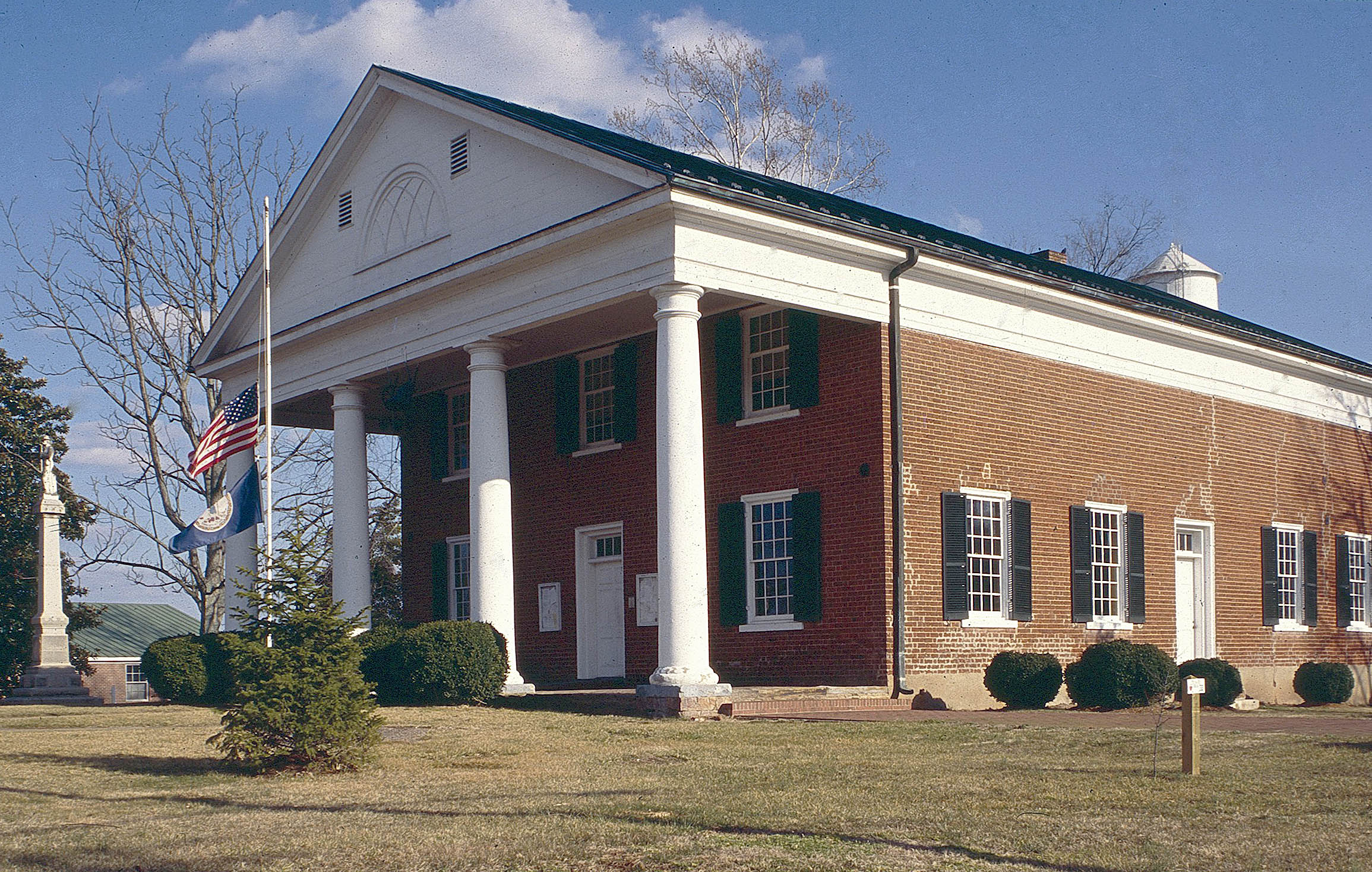 Charlotte County’s courthouse was built in 1822-23 from plans by Thomas Jefferson. Henry Carrington, one of the Charlotte commissioners, was so impressed by Jefferson’s design for the Buckingham County courthouse that he persuaded Charlotte County to adopt it. The temple-form design with its Tuscan portico fulfills Jefferson’s ambition to have local governmental institutions housed in models of architectural taste. The building was constructed by John Percival who bid on work at the University of Virginia but apparently was never employed there. While it is unclear whether Jefferson supplied a separate set of plans for the Charlotte courthouse, the courthouse as constructed differed from its Buckingham counterpart in several relatively minor aspects. Quintessentially Virginian with its red brick and white classical trim, the courthouse is still in regular use. The courthouse inspired several other classical court structures in the southern Piedmont.  The courthouse is the centerpiece of the Charlotte Court House Historic District.