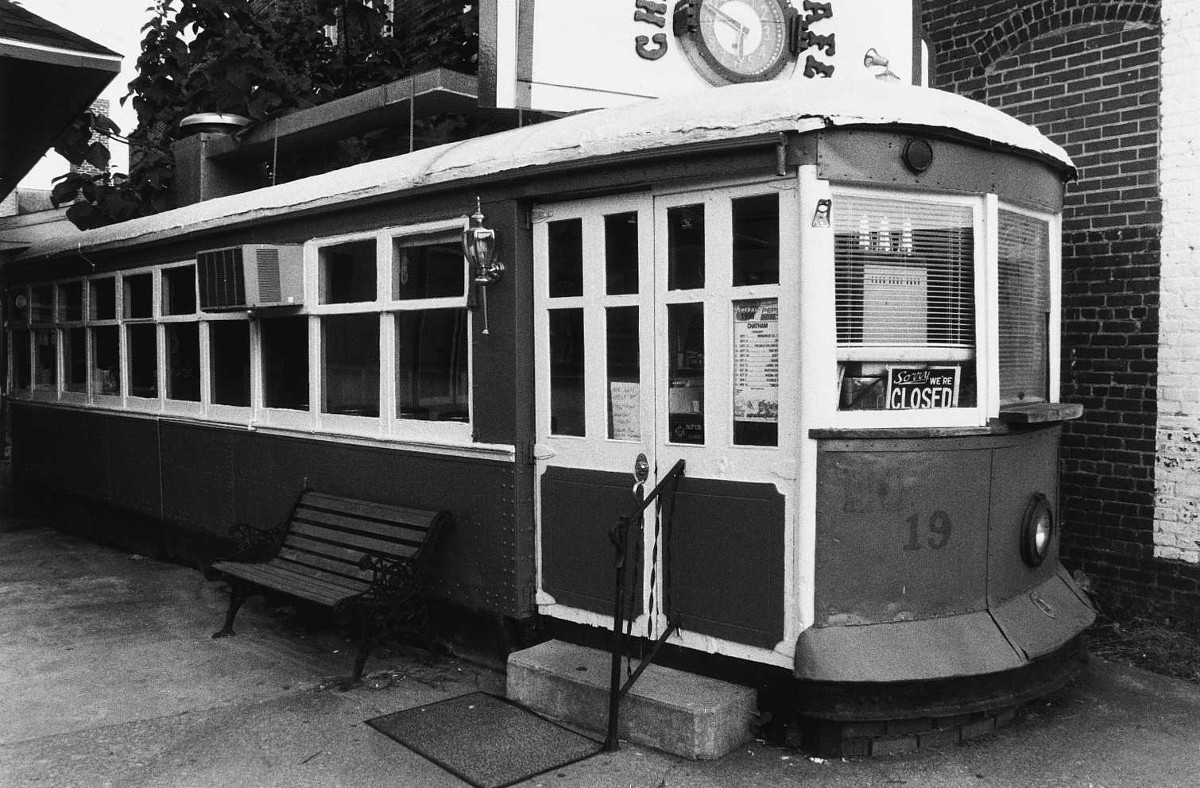 The mid-1920s Danville Car No. 66 ended its transportation duties in 1938 when that city began converting to bus service. Salvaged from the scrappers, the trolley car was converted into a diner by the resourceful Burnett brothers, Henry, Frank, and Jessie. The Burnetts started their business in Chatham shortly after Bill’s Diner, also a reused streetcar, opened nearby. A double-truck Perley A. Thomas car, built in High Point, N.C., Burnett’s has a relatively roomy interior where a custom-built curved-end counter provides patron comfort. Food preparation originally centered around a wood-burning stove. The stove was later augmented by a stainless-steel grill behind the counter. A late-20th-century restoration revealed the varnished tongue-and-groove wood-paneled ceiling. The roof-mounted neon-lit clock was cleaned and repaired. Burnett’s was Virginia’s last operating streetcar diner, but has been closed.  Burnett’s Diner is listed under the Diners of Virginia Multiple Property Documentation, and it contributes to the Chatham Historic District.