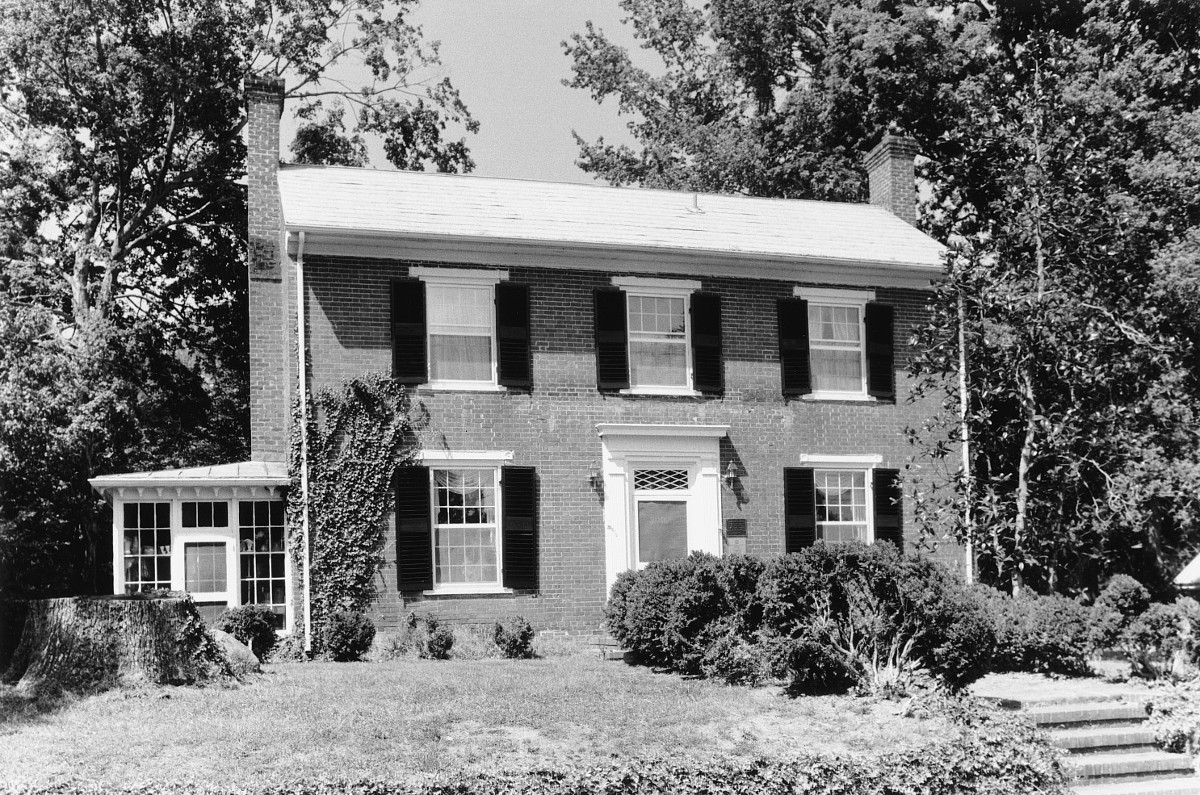 This prim transitional Federal/Greek Revival dwelling was built ca. 1840 for Clark Royster, founder of Clarksville. Royster established the town at the site of a ferry landing operated by him on the south side of the Roanoke River. The town grew rapidly as it was incorporated by the General Assembly in 1821. Growth no doubt was spurred by Royster’s tobacco warehouse. The volume of business passing through Royster’s warehouse and one other here secured Clarksville as one of the largest tobacco inspection towns in the state. Situated on the town’s highest point, the house originally was attached to a large farm which Royster inherited from his father. Though architecturally restrained, the house has fine Flemish-bond brickwork and carefully detailed original woodwork, all exhibiting the handiwork of the skilled craftsmen available here during the antebellum period.