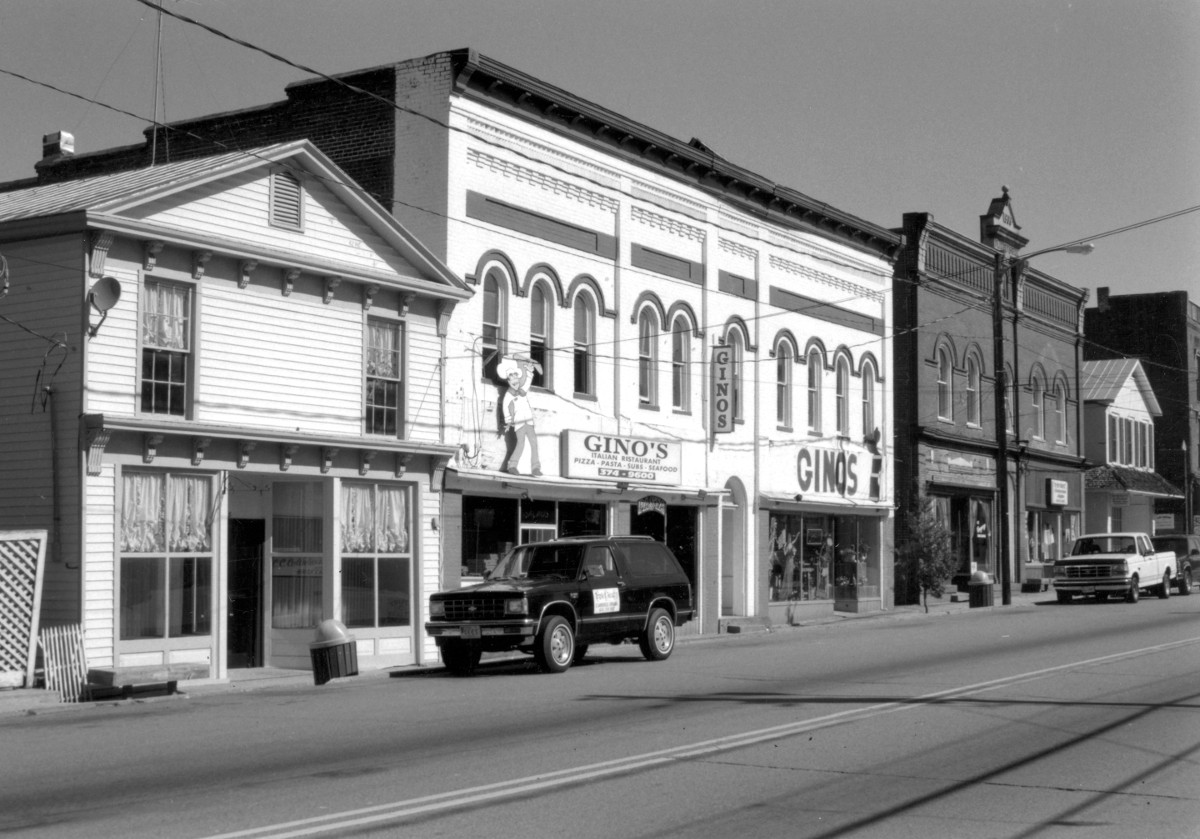 Clarksville Historic District constitutes the core of the town founded in 1818 at the confluence of the Dan and Roanoke Rivers. The district contains an impressive main street, Virginia Avenue, which has always been its major thoroughfare. In addition to large commercial buildings, it also contains impressive houses in a variety of styles. Beyond Virginia Avenue on rolling hills are tree-shaded streets lined with houses and a sprinkling of churches. These were built over the last 175 years and include the home of Clark Royster, the town’s founder, intricate Victorian houses, a few early cottages, and notable examples of 20th-century styles. In winter the occupants of many buildings enjoy views of Kerr Reservoir, which was formed when the converging rivers were dammed in 1953.