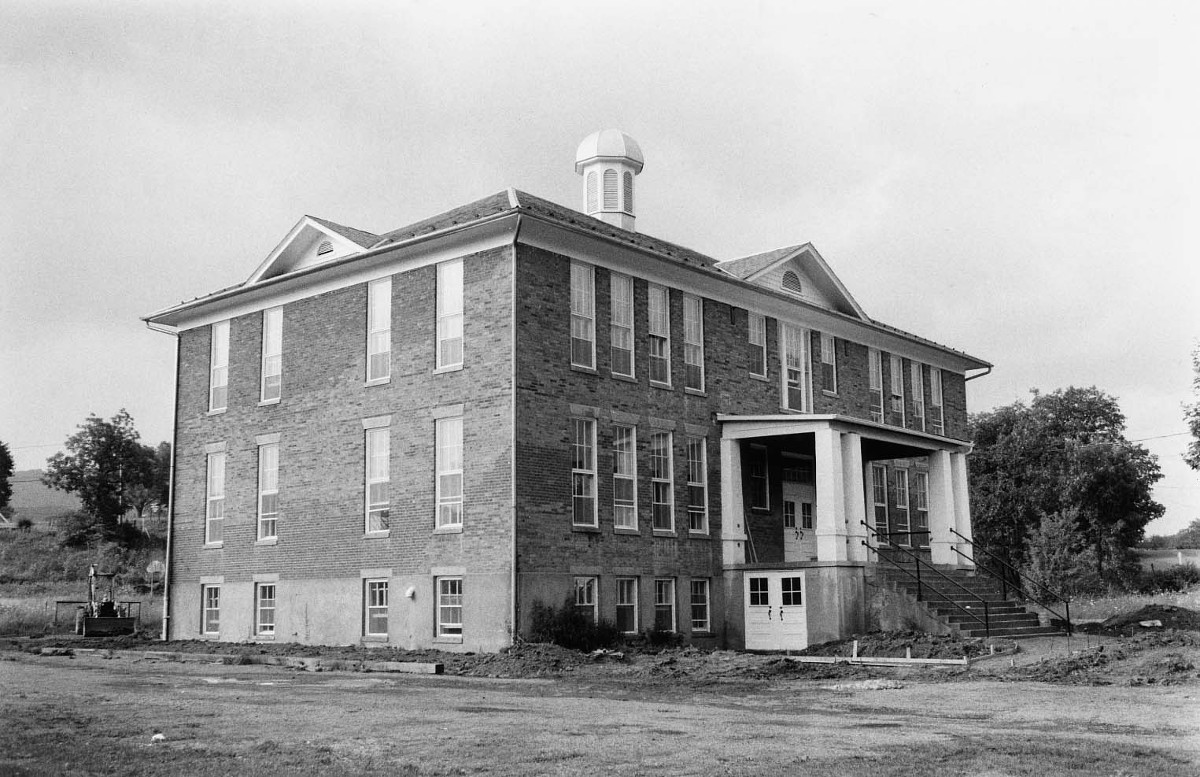 Reflecting the formal dignity of a Georgian mansion, the Craigsville School is a stately example of Augusta County’s first phase of the larger consolidated public schools, visually proclaiming a complete break with the frame two- and three-room county schools of earlier decades. The building, opened in 1917, employed the same two-story, center-passage design as the original portion of the Weyers Cave School, including a small octagonal cupola. The school originally housed all grades, from one through high school. Craigsville was a growing community in the early 20th century. Its development was spurred by lumber and quarrying industries, coupled with a portland cement factory. The town acquired a fully equipped high school in 1932 and the older structure was relegated to handling elementary grades until it closed in 1968. It remained vacant until 1984 when it was sympathetically remodeled for apartments.