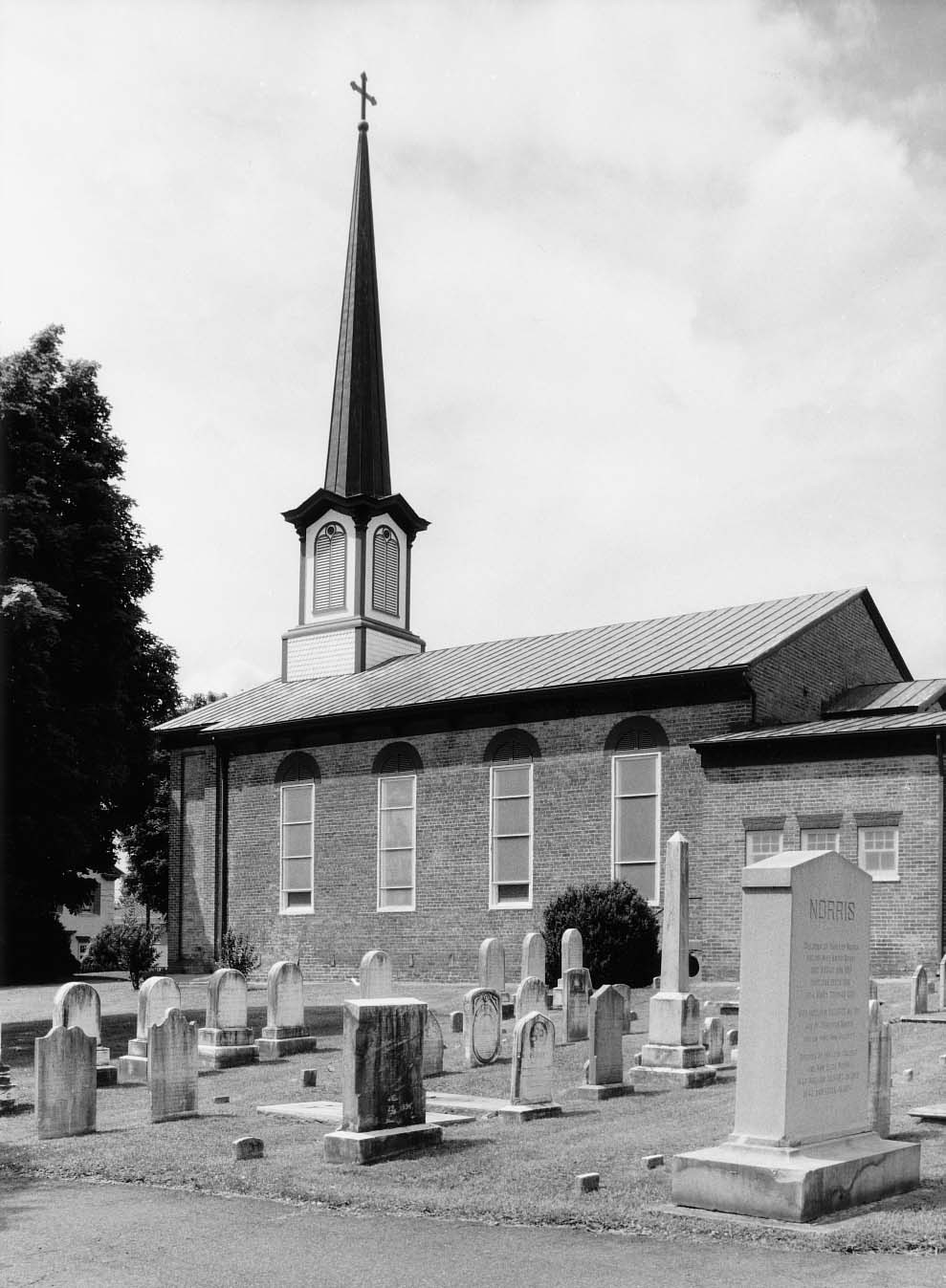 The oldest church in Culpeper, St. Stephen’s was built in 1821 on land donated to the parish by Brig. Gen. Edward Stevens, a Revolutionary War hero and resident of the community. As originally completed, the church was a relatively plain rectangular structure. Located in the Culpeper Historic District, St. Stephen’s was remodeled in 1861 when the slender steeple and entrance vestibule were added. The chancel was extended ca. 1870 and the side galleries were removed in 1884. Stained-glass windows were added toward the end of the century. Decorative wall frescoes by the Italian-born local artist, Joseph Dominick Philip Oddenino, added in the 1880s, have since been painted over. St. Stephen’s was one of the area’s few churches to escape Union destruction during the Civil War. The original steeple blew down in 1957 and its replacement suffered the same fate in 1990. The present steeple is a replica of the original.
[VLR Listed Only]