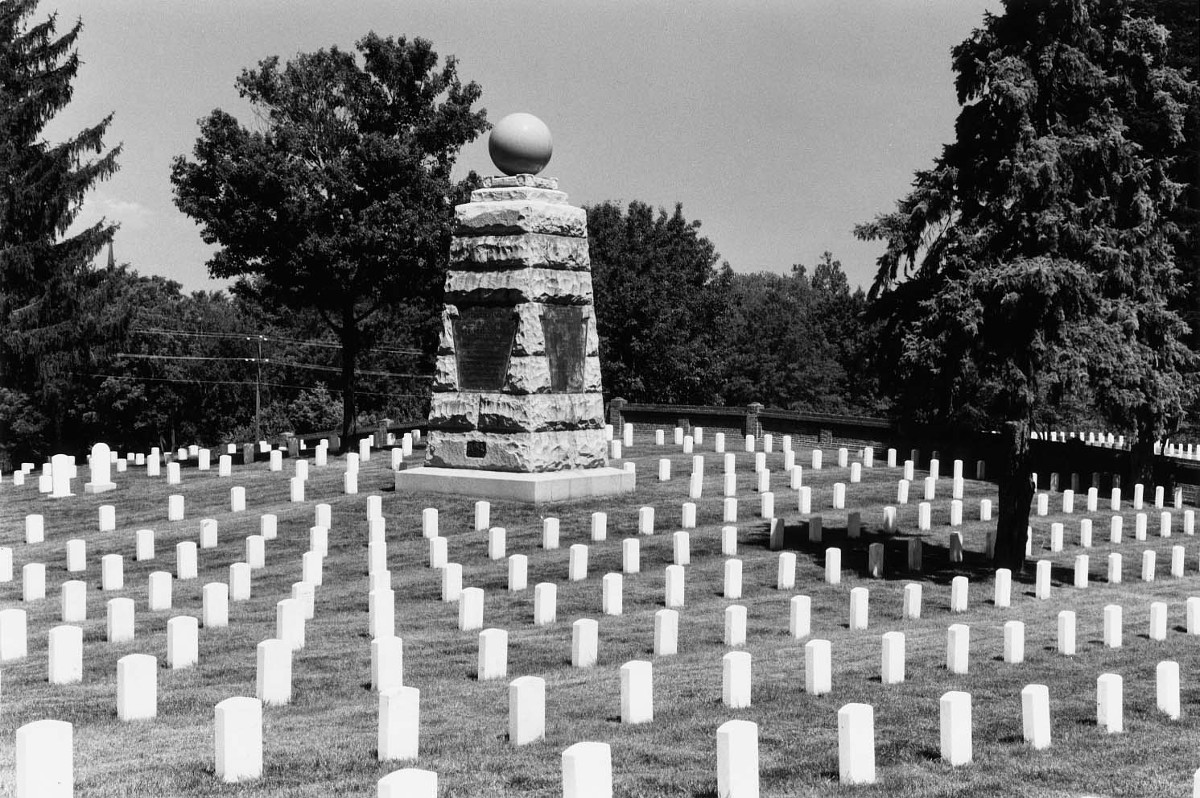 The Culpeper National Cemetery was established in April 1867, in a county that may have seen more Civil War combat than any other in Virginia. Several monuments commemorate the Union casualties of the battle of Cedar Mountain fought on August 9, 1862. Occupied by each army for months at a time, Culpeper County was the scene of the battle of Brandy Station on June 9, 1863, the largest cavalry battle of the war. Here also was the Union Army’s winter encampment of 1863-64, when Lt. Gen. Ulysses S. Grant arrived to take command. Union dead from those actions are also in the cemetery. The Second Empire-style superintendent’s lodge was built in 1872 from a design by Quartermaster General Montgomery C. Meigs. In 1978 the Veterans of Foreign Wars donated adjacent land which doubled the size of the cemetery and relieved pressure on Arlington National Cemetery.