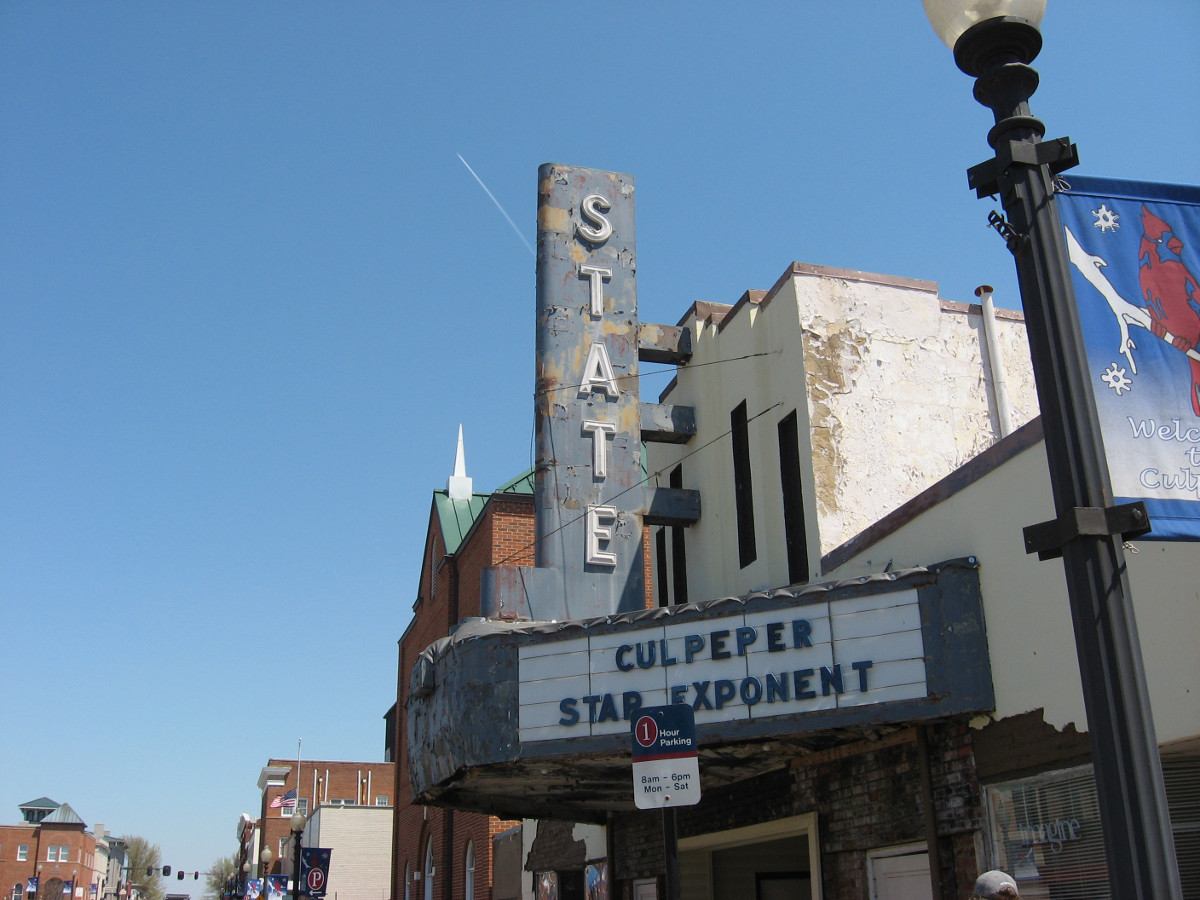 Designed by architect Nicholas Roney, the Pitts Theatre in the town of Culpeper was built in 1937-38 as part of the chain of 38 theaters founded by Benjamin T. Pitts of Fredericksburg, a state senator from 1944 through 1958. The theater is the only Art Deco structure surviving in Culpeper, a common style for theaters of the period. It expanded the commercial corridor along South Main Street and increased residents’ available entertainment venues in the late 1930s. Its construction also reveals the era of segregation, indicated by its separate facilities, and entrance and exit hallways for whites and blacks as well as a balcony for African American viewers. Part of the Pitts chain until 1970, the theater was then sold, renamed the State Theatre, operating until 1992. The theater underwent a tax credit rehabilitation to restore and reopen it around the time of its listing in the registers.