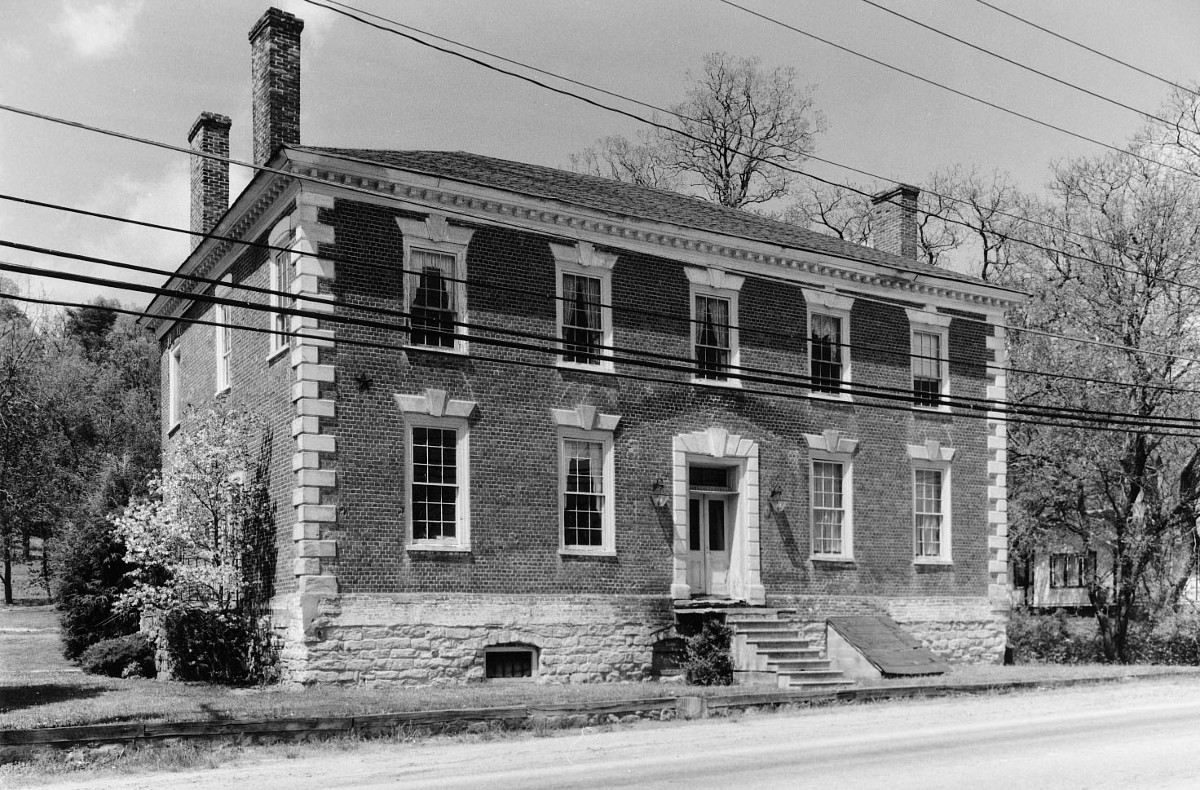 This stately Georgian mansion is Virginia’s only surviving colonial building employing header bond brickwork. Header bond was popular for finer quality 18th century buildings in England and is found on several mansions in Annapolis, Md., but it was rarely used elsewhere in the colonies. It is likely that the building is the work of Maryland masons. The formality of its design is emphasized by its five bay façade, hipped roof, stone quoins, keystone lintels, and rusticated doorway. The building has long been a prominent landmark of old King’s Highway, now the busy now U.S. Highway 1. Its early history is obscure but it probably was constructed in the 1760s, and may originally have been as a prosperous merchant’s house. George Williams was the proprietor of an ordinary here as early as 1788.