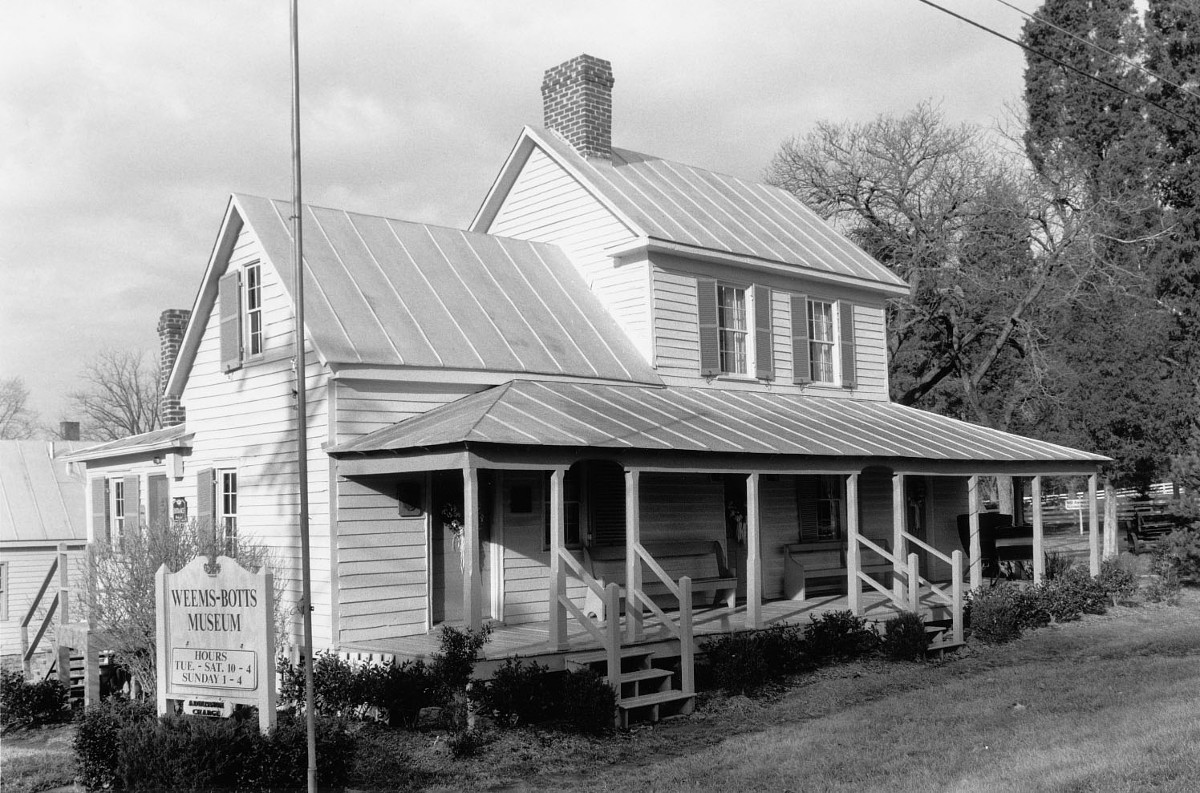 Parson Mason Locke Weems built the earliest portion of this structure circa 1798 as a bookshop and temporary lodging after he retired from the Episcopal ministry. Weems, author of numerous moral tracts and lives of prominent Americans, was convinced that small, cheap books with uplifting messages would be an effective tool for enlightening the public. Here he wrote his pamphlet, The Life and Memorable Actions of George Washington . . ., the first biography of Washington, containing the cherry tree legend. Weems sold the building in 1802 to Benjamin Botts, one of the lawyers who defended Aaron Burr in his trial for treason. Botts used the building as his office until his death in the 1811 Richmond Theatre Fire. The building received its two-story wing in the mid-19th century when it became a residence. Restored by Historic Dumfries, Virginia, Inc., at the time of its listing it operated as a museum.