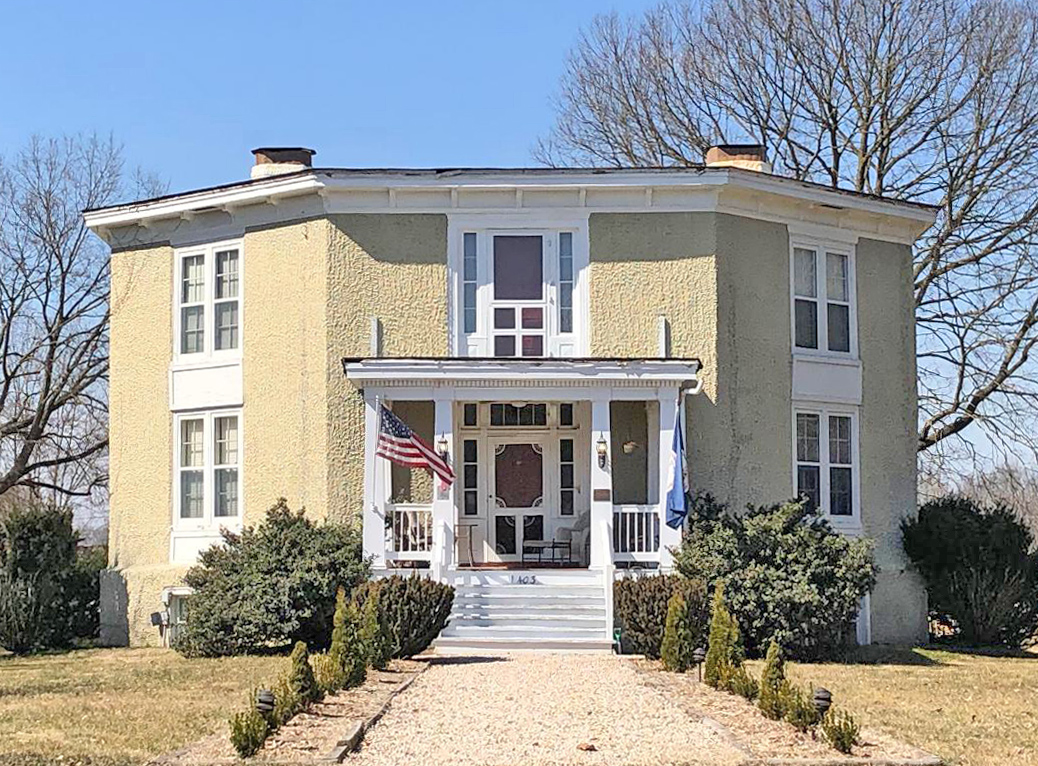 Built in Rockingham County in 1856 as the dwelling for what was originally known as Cottage Plains Farm, the Stephen Harnsberger house is a Shenandoah Valley example of the octagonal building fad that spread across the nation in the mid-19th-century. While the façade and shape of the house clearly reflect an awareness of the fashion popularized in Orson Squire Fowler’s A Home for All or The Gravel Wall and Octagon Mode of Building (1848), the interior retains the traditional arrangement of spaces in a center-passage, double-pile Georgian scheme. Stephen M. Harnsberger was a descendant of John Harnsberger, a Swiss-German who settled near Germanna in the early 18th century. Instead of Fowler’s recommended gravel-wall construction the Harnsberger house is built of brick which was originally covered with horse-hair stucco. The house was re-rendered with the present rough stucco in 1916, and the property is now within the town boundaries of Grottoes.