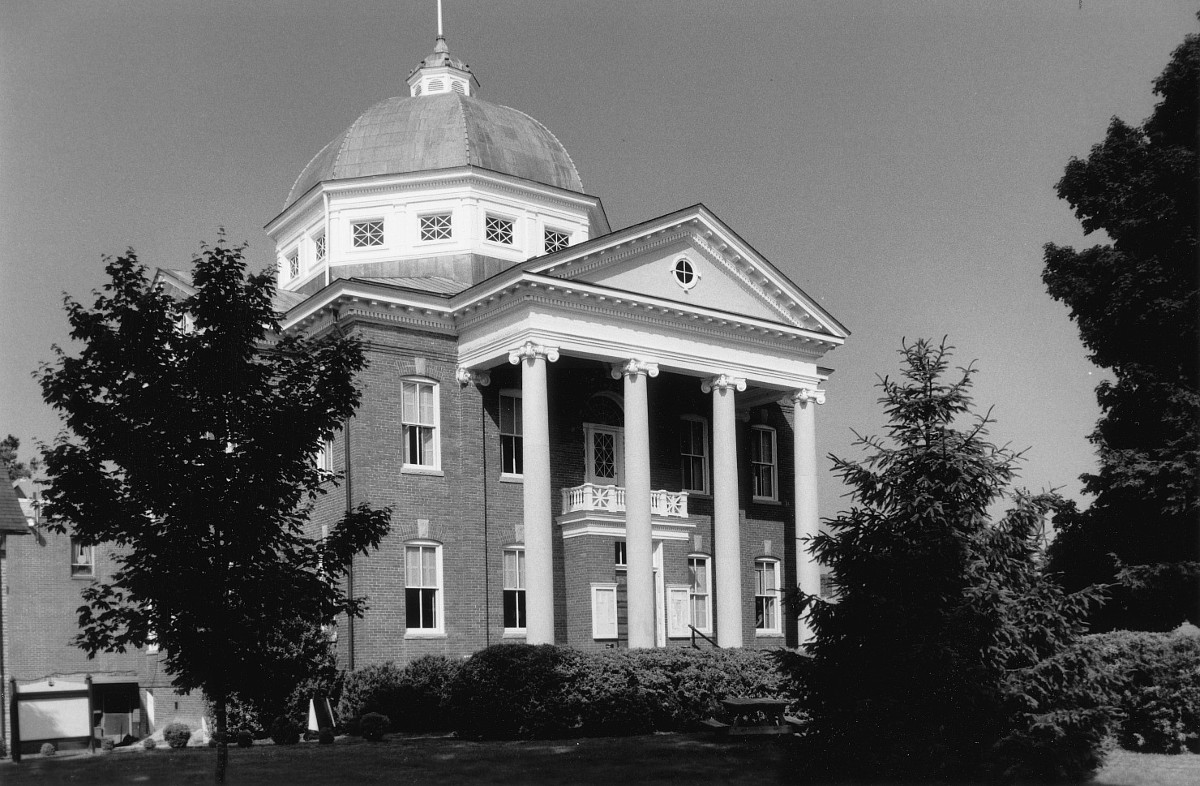 The monumental Louisa County Courthouse is a symbol of the civic pride that permeated many rural counties across America in the late 19th and early 20th centuries. For many such counties, the courthouse was the county’s only significant work of architecture. The porticoed structure was built in 1905 and is the third courthouse associated with the site, replacing a courthouse of 1818. Its architect, D. Wiley Anderson of Richmond, specialized in monumental classical designs, and gave the building prominence through the use of a large octagonal dome. Typical of Anderson’s works, the courthouse has an exaggerated verticality, emphasized by unusually slender Ionic columns. Other buildings in the complex include the old jail now a county museum and the R. Earl Ogg Memorial Building, formerly a bank and now seat of the General District Court.