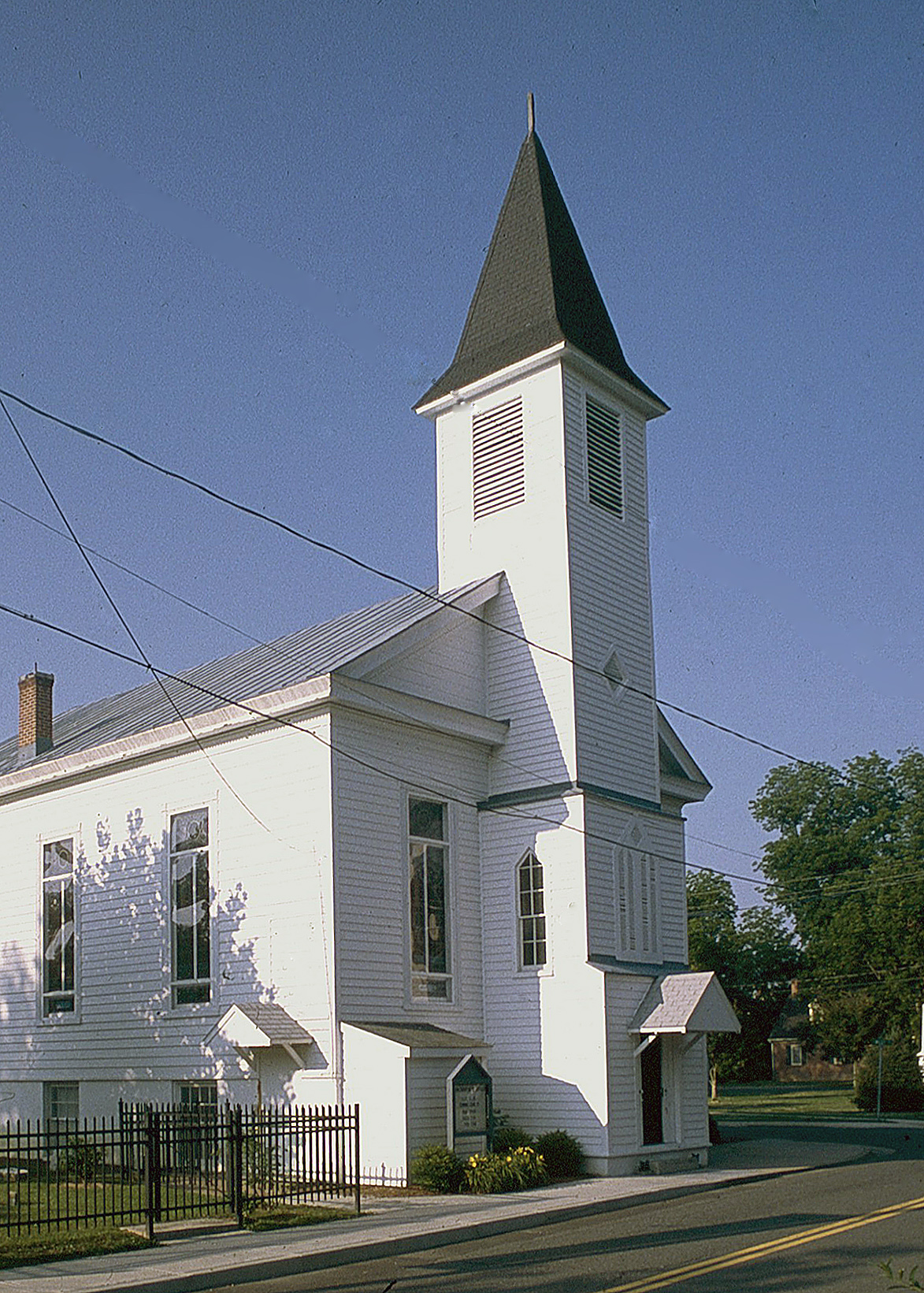 Cokesbury Church, one of two of the oldest surviving Methodist churches on Virginia’s Eastern Shore, and known historically as Cokesbury Methodist Episcopal Church, stands adjacent to the town square of Onancock. It is elevated on a raised, stuccoed brick foundation, and clad in plain weatherboard. Erected in 1854–55, the Greek Revival temple-front frame church, enlarged in 1866 with a Gothic Revival entrance and bell tower with spire, was also significantly remodeled in 1892–94. On the interior, the main sanctuary combines architectural finishes dating from the original construction as well as from the remodeling. Greek Revival corner-block surrounds frame the leaded-glass windows, and the trim is covered with a graining layer that dates to the late 19th century. Beaded tongue-and-groove boards, also with graining, compose the wainscoting and the ceiling, from which still-functional, late-19th-century light fixtures hang. The church is fitted with late Victorian pews, and the altar furniture is situated atop a raised platform that is accented with a turned-baluster railing. A cemetery containing marble tombstones surrounds the church on the north and west sides, and a modern black metal fence encloses the churchyard.