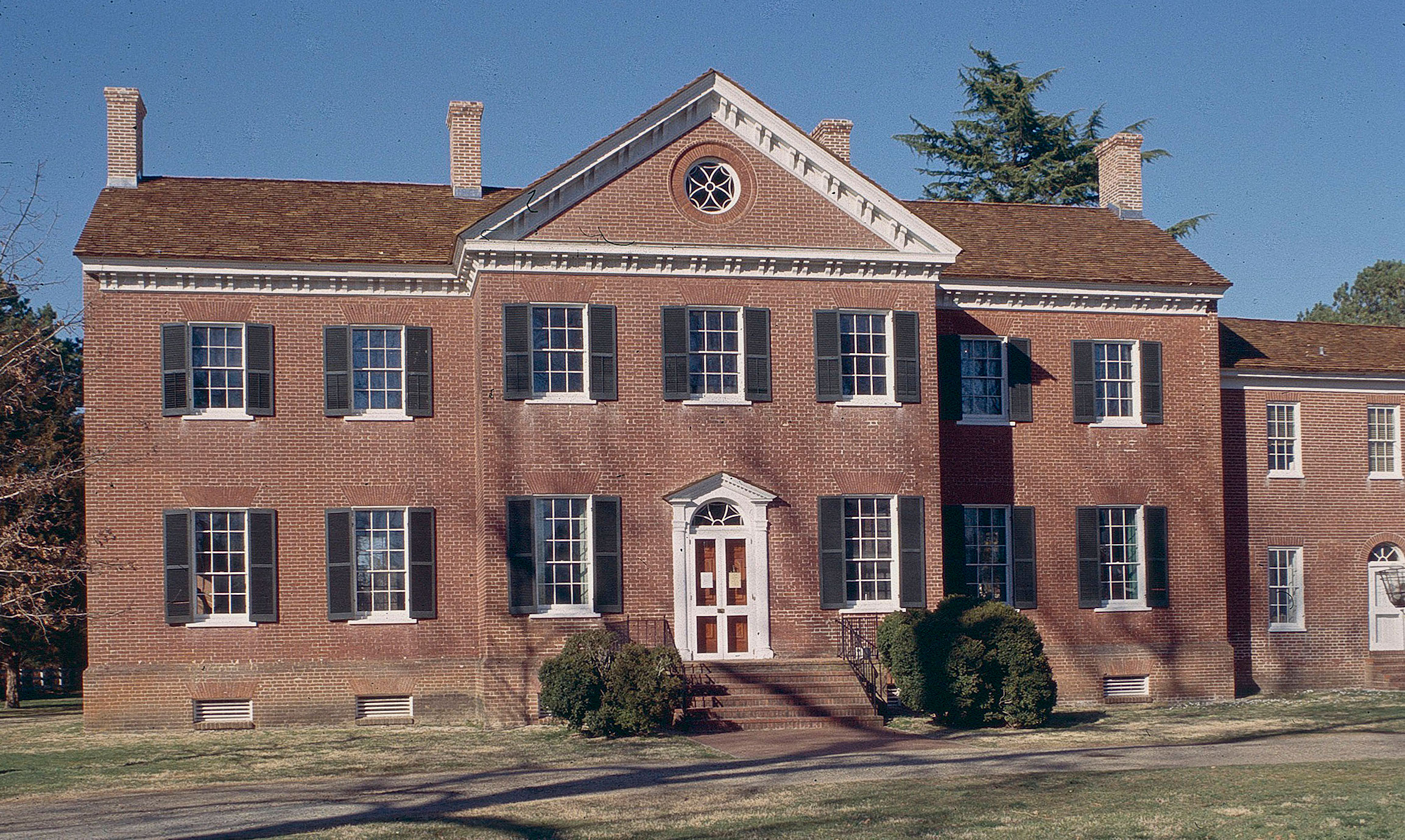 Onancock’s patrician mansion is regarded as the consummate representative of the Eastern Shore’s legacy of fine-quality Federal architecture. Gracefully proportioned and highlighted by a pedimented entrance pavilion, the house was begun in 1799 for John Shepherd Ker (later Kerr), an enterprising merchant, banker, and shipping magnate. Construction of the house was completed before his death in 1806. The spacious entrance hall has a finely executed stair. The three principal rooms are embellished with classical-style composition ornaments in the manner of those manufactured by Robert Wellford of Philadelphia. In 1960 the house and two acres were acquired by the Eastern Shore of Virginia Historical Society. The house, an important landmark within the Onancock Historic District, was converted into the society’s headquarters and included a museum of the cultural heritage of this distinctive area of the state. The gardens were restored by the Garden Club of Virginia in 1981.