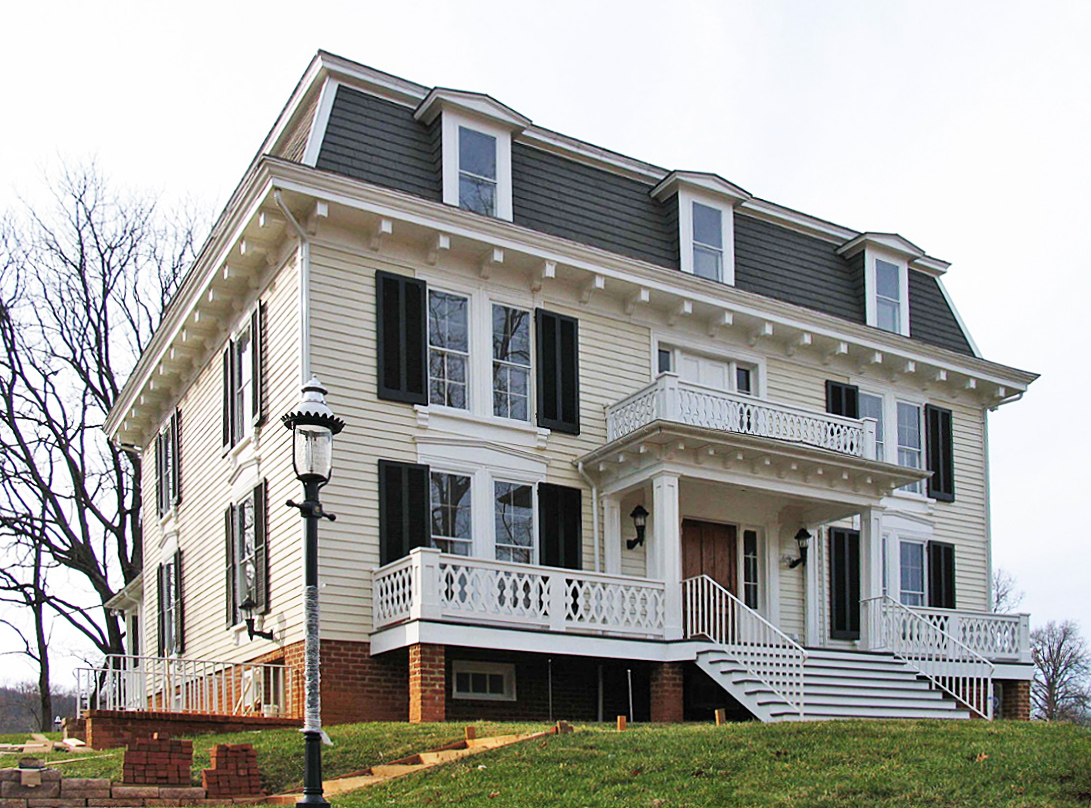 Located at the southern end of the town of Orange, Chestnut Hill was built about 1860 as a fashionable Italianate/Greek Revival dwelling for local businessman and politician Alexander Daley. An Irish immigrant, Daley came to Orange in the 1840s and founded a tanyard, leather dealership, and shoe factory. Chestnut Hill is one of only a dozen—and one of the best-preserved—residences in the town to survive from the antebellum era. In 1883, Daley sold the property to Reuben Conway Macon and his wife Emma Cassandra, and the property remained in the Macon family until the 1940s. With the exception of the mansard roof added by the Macons in 1891, the original portion of the house has remained little altered. In 2003, to preserve the house from destruction in a road project, it was moved approximately 150 feet from its original site. Chestnut Hill is representative of the types of residences constructed and inhabited by influential local families as Orange developed from a small crossroads county seat to a significant regional town in the mid-19th-century.