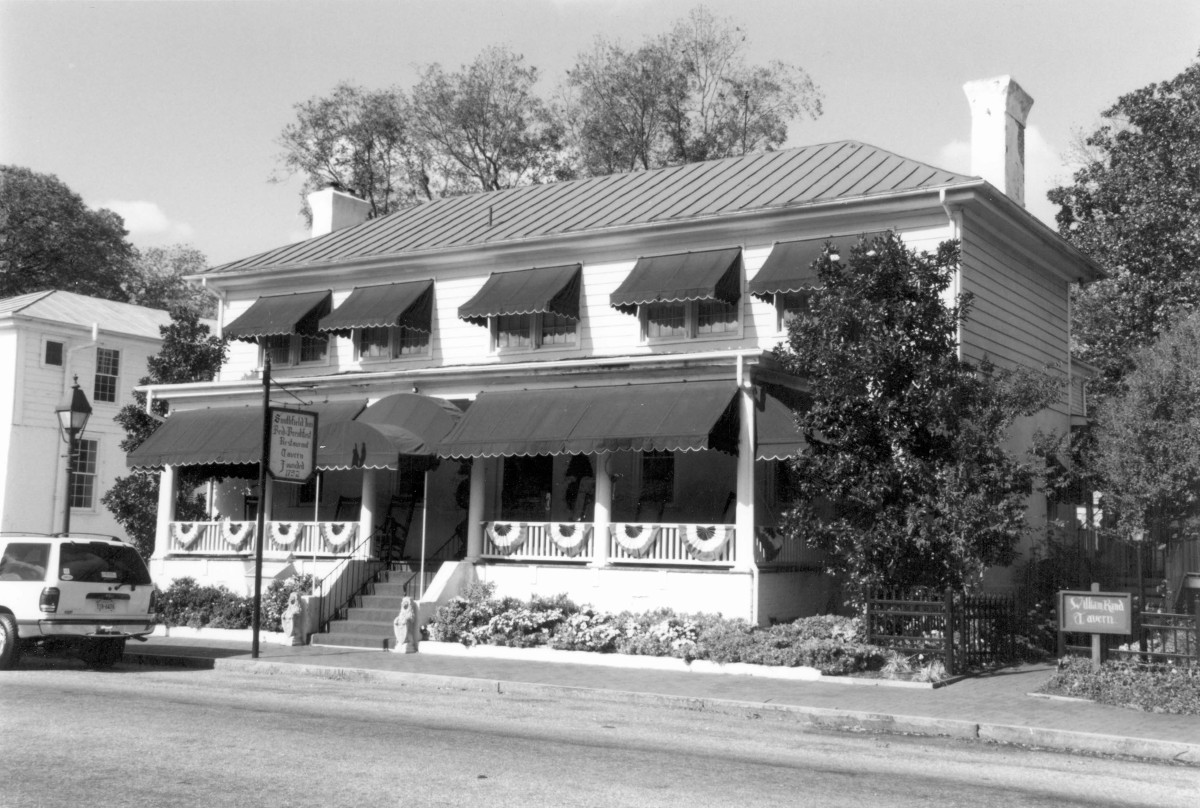 The William Rand Tavern is a rare example of colonial-era tavern construction and among the few remaining taverns located near a colonial courthouse. Opened as a tavern in 1759 and still in use today, the five-bay, two-story building was constructed about 1752 and was the earliest tavern in the town of Smithfield. The foundation and first story are parged brick and the second story is frame clad in weatherboard. The roof is hipped and clad in standing-seam metal with parged brick chimneys at the building ends. The interior plan is single-pile, single-loaded corridor with a perpendicular addition to the rear. The rooms flanking the hall have simple mantels flanked by windows. Constructed in 1922–1923, the rear addition is oriented perpendicular to the original 1752 building. The tavern’s original mantels, windows in the formal parlor, and first-story room configuration have all been retained.