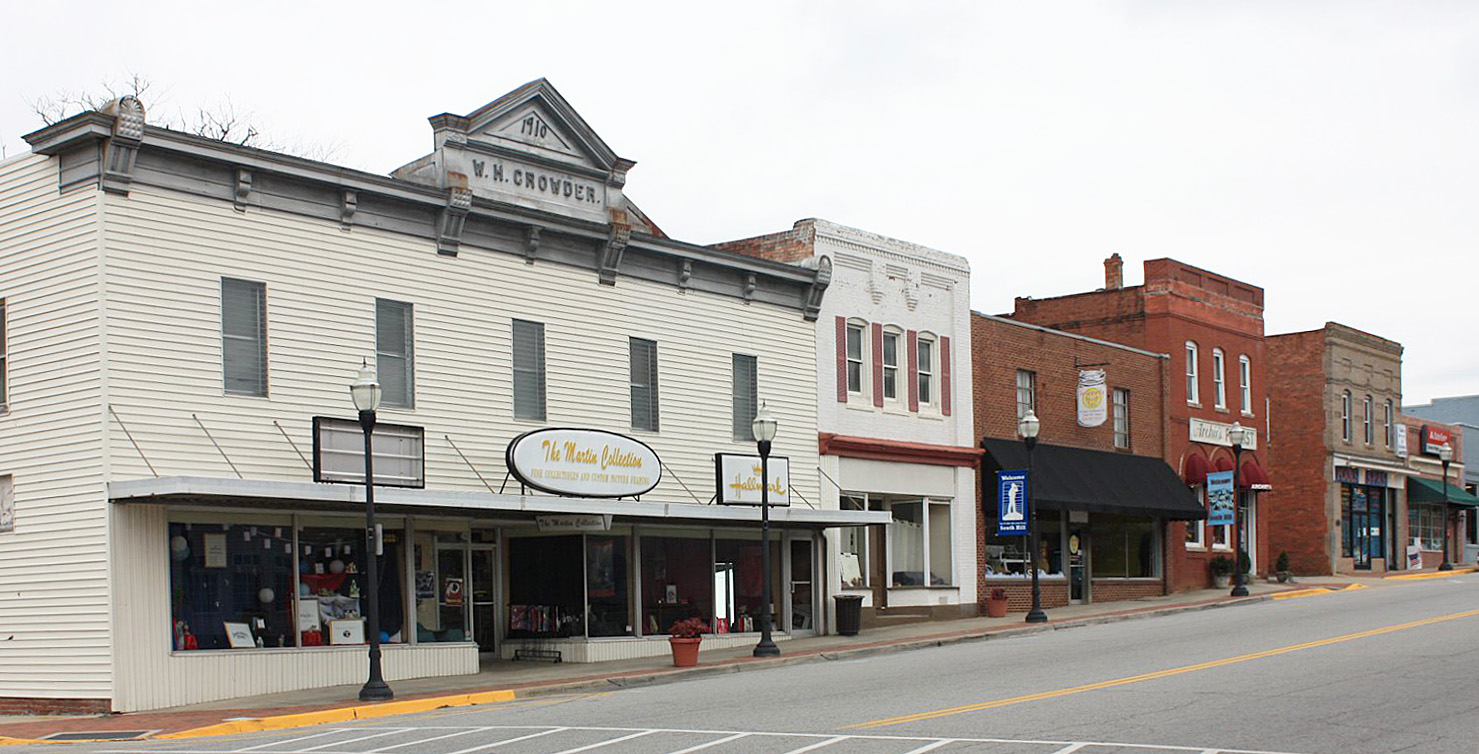 The South Hill Commercial Historic District in Mecklenburg County reflects South Hill’s emergence by 1891 as a rail town on the Atlantic & Danville Railroad. Financiers and engineers in 1889 laid out the 56-acre town in a circular plan centered on the railroad’s depot. In 1901 South Hill incorporated as a town and emerged as an important shipping and manufacturing center in a region rich in tobacco and lumber resources. The South Hill Commercial Historic District reveals its origins in the turn-of-the-century tobacco and railroad economy through its tobacco warehouses and commercial buildings situated along West Danville Street and Mecklenburg Avenue. The district also features several churches, the 1932 South Hill High School, the individually listed Colonial Theatre, and residences built by prominent citizens of the town. The district’s architecture ranges from high Victorian and Colonial Revival styles to typical vernacular forms that range in date from the early- to mid-20th century.