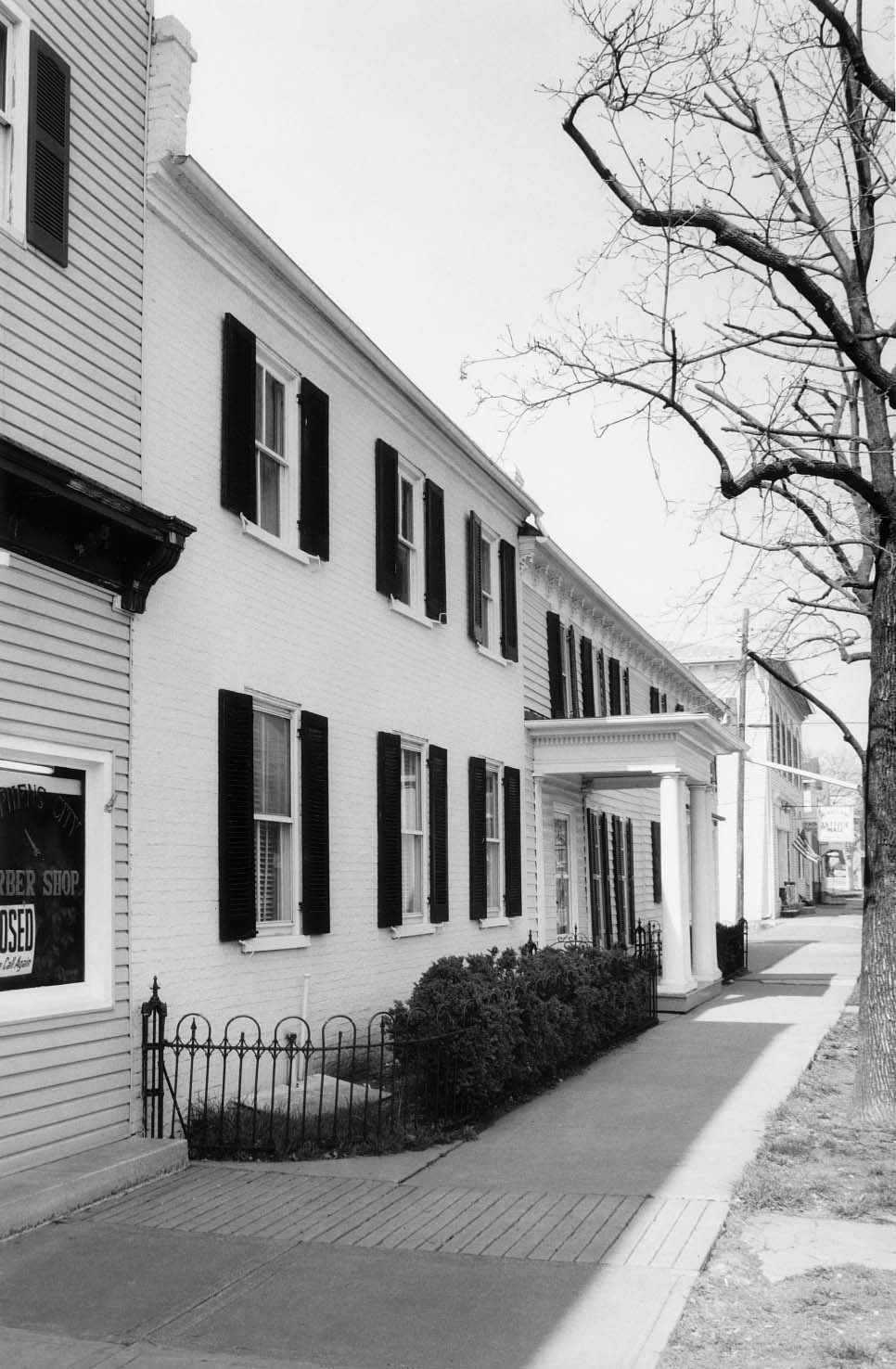 Chartered in 1758, what is today Stephens City is the second-oldest town in Frederick County. Originally called Stephensburg, it was named Newtown-Stephensburg in 1879 and renamed Stephens City in 1887. The town grew up along a major crossroads on the Valley Pike and became known for its wagon-making trade. The nationally known Newtown wagon was manufactured here. The community’s buildings are chronologically and stylistically diversified. 18th-century log structures stand among buildings echoing 19th-century revival styles. Typical of small Valley towns, most dwellings here are simple vernacular types which set off a scattering of more high-style works. The historic character is reinforced by a lack of significant construction during the past sixty years. During the Civil War constant troop movements caused the town to change hands many times, six times in one day alone, but with minimal destruction.