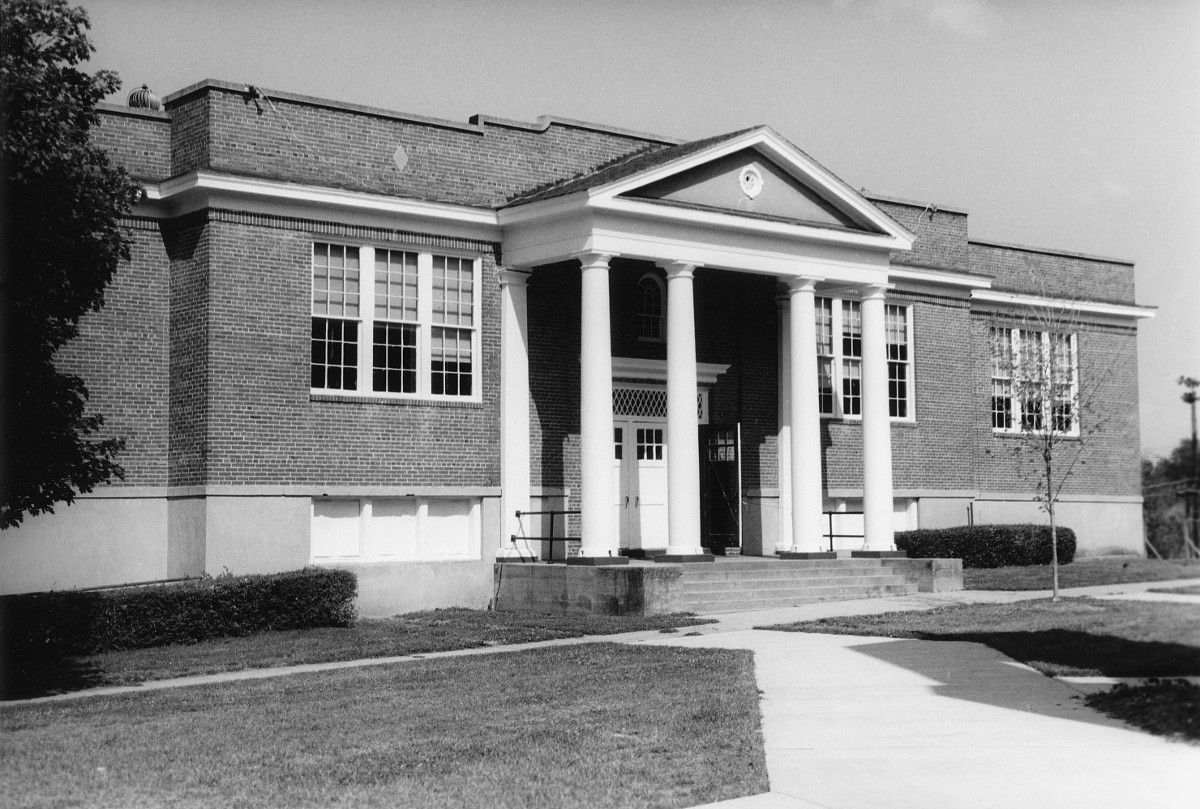 Until the 20th century, most of Virginia’s rural and small-town public schools were surprisingly primitive. Victoria’s first public school, erected in 1895, was a one-room log building. It was replaced in 1902 by a one-room frame building. Only in 1912 did the town acquire an up-to-date facility for its high school—a two-story brick structure. By the 1920s population growth necessitated an additional building. A new high school was completed in 1922 next to the old one. The new school was described as having “large and well lighted rooms with steam heat, water, and electric light,” amenities not altogether common in the region. The high school was enlarged and remodeled in 1928 at which time the portico was added. Closed in 1966, the building was spared threatened demolition in 1993 and has since been rehabilitated by the Victoria High School Preservation Foundation for alternative use.