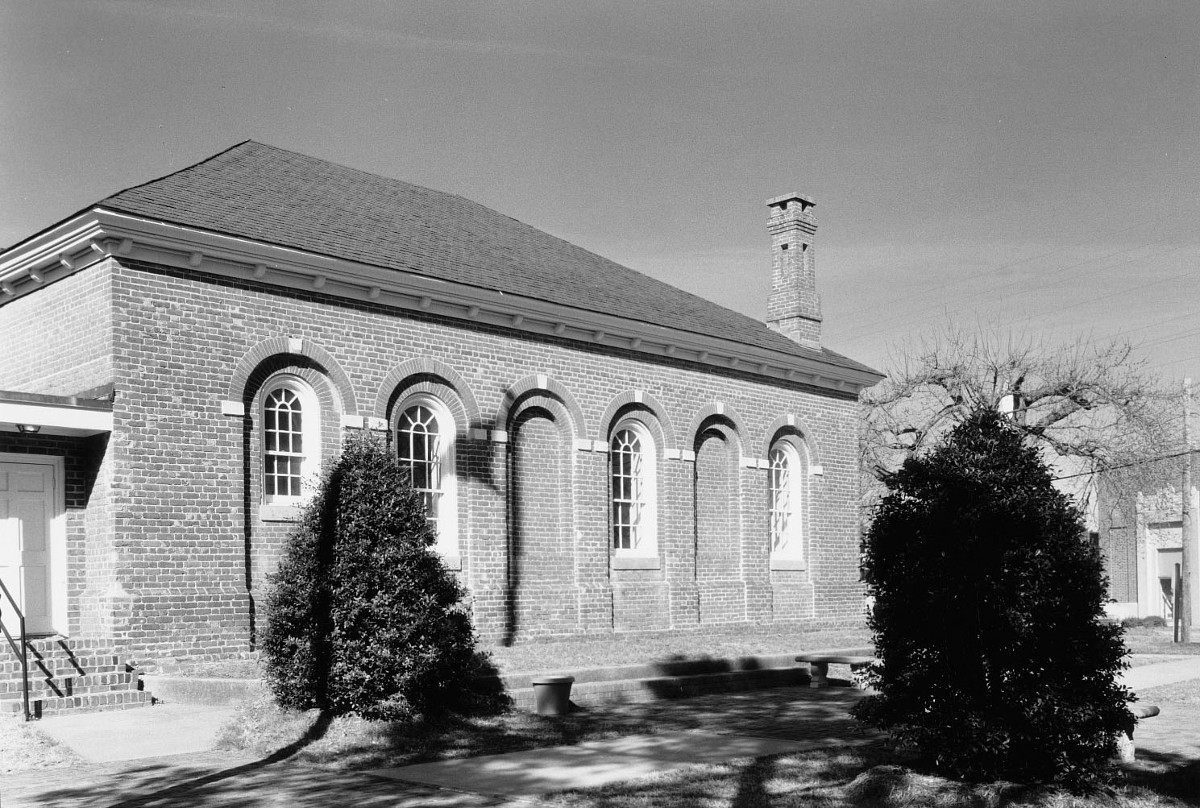 Many of Virginia’s colonial courthouses had arcaded fronts, but Richmond County’s courthouse was built with the unusual scheme of four-bay arcades along its two sides. Each arcade was supplemented with two blind arches to give the appearance of six bays. The building dates from 1748 when Landon Carter won the commission for a new brick courthouse. The arcades were filled with windows when the building was extensively remodeled in 1877 under the direction of Baltimore architect T. Buckler Ghequiere. Ghequiere apparently admired the structure, for he published a detailed description of its original appearance in American Architect and Building News, June 23, 1877. The courthouse remains in use and is the town of Warsaw’s principal historic landmark. Next door is the colonial clerk’s office. The citizens of the county expressed their patriotic sentiments when here in June 1774 when they adopted resolutions against taxation without representation.