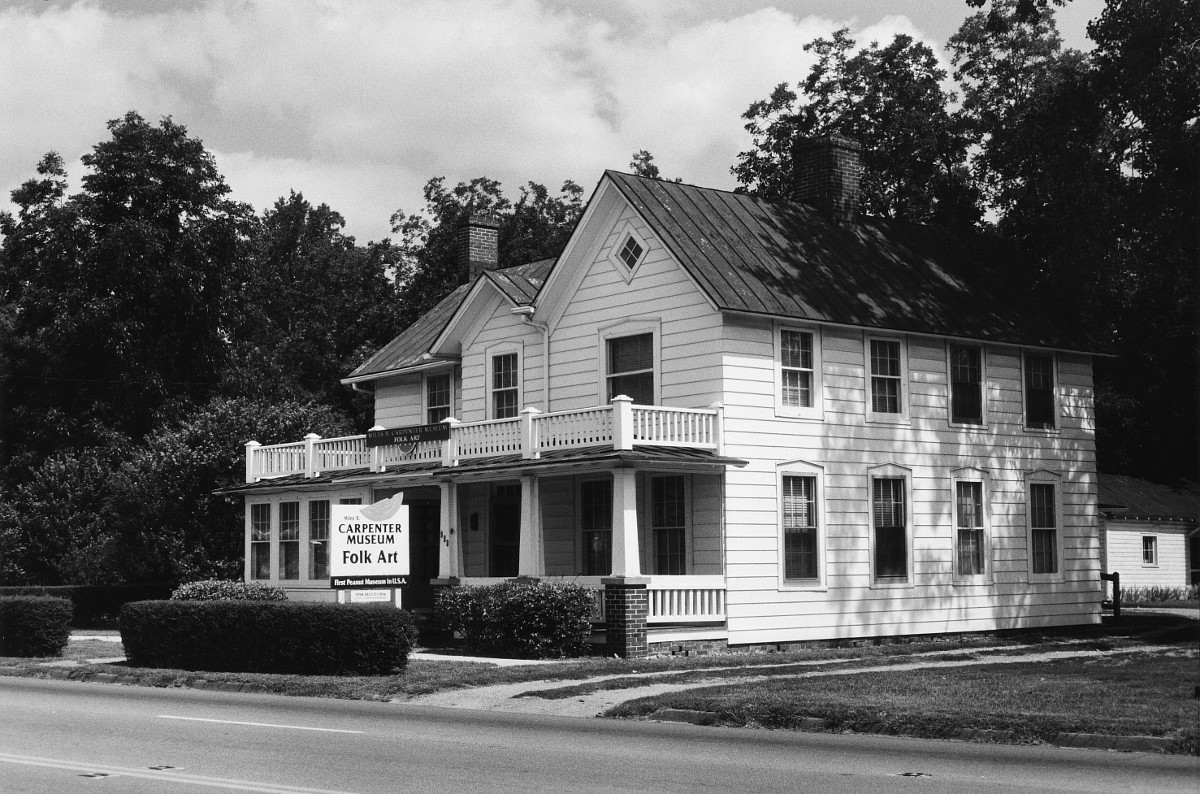 Miles B. Carpenter, one of America’s foremost folk artists, purchased this 1890 frame house in 1912 and lived here until his death in 1985. Through his ownership of a local sawmill and planing mill, Carpenter acquired a familiarity with wood. This appreciation for the material, together with an artist’s eye for figures suggested by the shapes of branches and stumps, led him to carving folk sculpture as his lumber business declined. Using his backyard and kitchen for his studio, Carpenter fashioned figures that ranged from the whimsical to the frightful. His carved and painted watermelons, monkeys, monsters, and humans attracted widespread attention and earned him the respect of museums. Following his death, Carpenter’s house became a museum displaying his sculptures and tools. In addition to celebrating Carpenter’s unique art, the museum exhibits the work of young area artists.