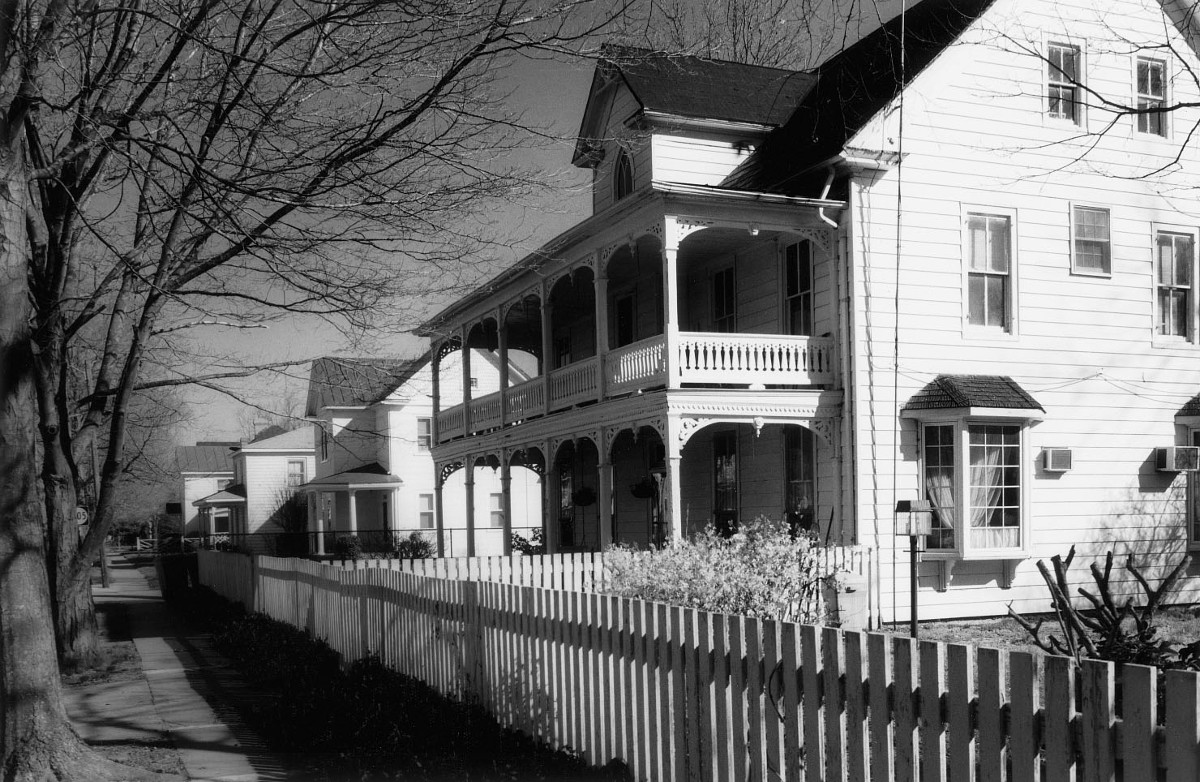 Strategically situated where the Pamunkey and Mattaponi rivers join to form the York River, West Point was originally the site of an Indian village and later a colonial plantation. Development of a town here was spurred when the peninsula was selected as the terminus of the Richmond and York River Railroad, completed in 1861. The railroad and fledgling community were heavily damaged by Union forces during the Civil War but the railroad was rebuilt by 1869. West Point became a thriving commercial port and resort in the late 1800s. Laid out in a regular grid with half-acre lots, the historic district today is composed primarily of late 19th- and early 20th-century dwellings in a variety of simplified styles. A small commercial area is situated along Main Street, the center street. Minimal development in the past half-century has preserved the town’s quiet historic flavor.

The history of West Point’s African American community is well illustrated by a number of buildings. The only black school in West Point was built on a lot at 3rd and E Streets with help from the Freedman’s Bureau. Its second location was at 2nd and D streets in the Seminary Building; in the early 20th century, a new building was erected on 13th Street that survives today. Mt. Nebo Baptist Church is the second church to occupy the site. The first church was adapted from a small frame railroad tool shed. The present church, a brick Gothic Revival-style building with an asymmetrical square entrance tower and pointed-arched stained-glass windows, was built in 1887 to better accommodate the growing African American congregation.