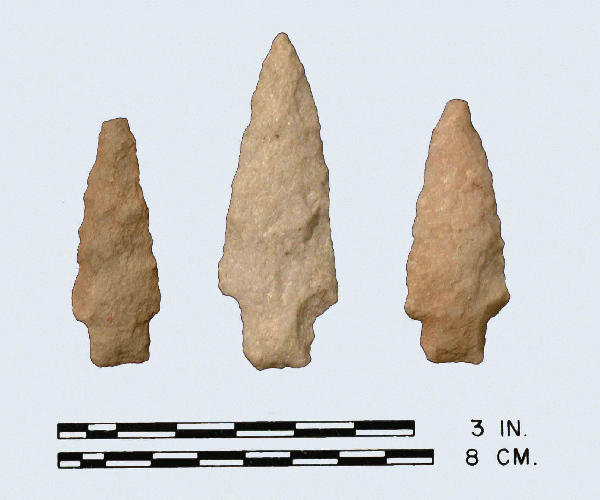 Defining Attributes
The Bare Island is a medium to large, finely flaked, symmetrical point, with a slender isosceles triangular blade and a straight base. The stem is straight with parallel sides.

Discussion
Kinsey (in Ritchie 1971) notes that the similarities between the Bare Island point and a component of the Accokeek Creek site on the lower Potomac River are striking. According to Kinsey, it may be that the antecedent for this type lies in the Virginia and Carolina Piedmont and the Savannah River in Georgia. Bare Island points (straight stem) have been described as closely related to the Clagett point type (constricted stem) and as a narrow variant of the Savannah River point type.