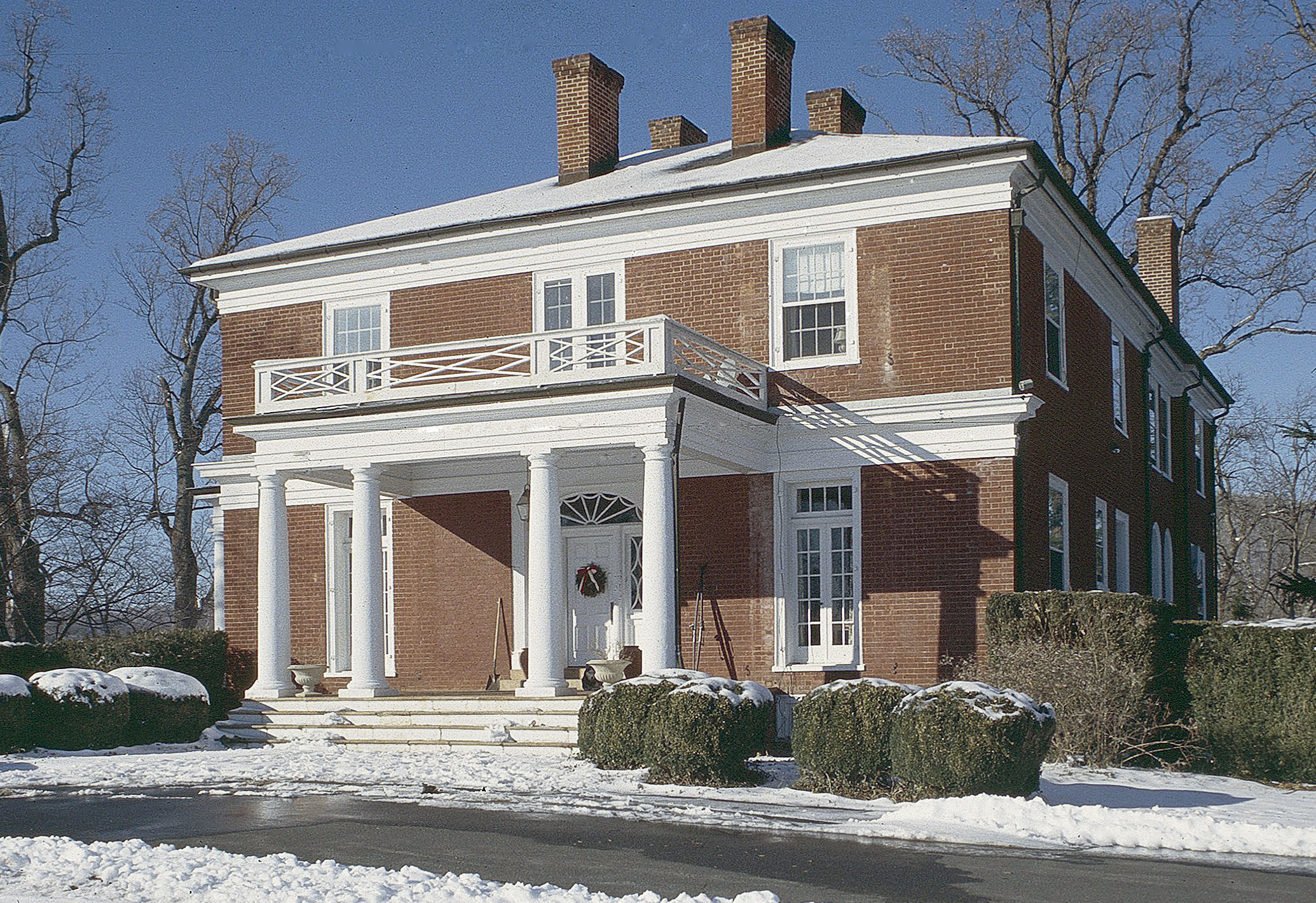 In view of Monticello and within the Southwest Mountains Rural Historic District, Edgehill was the home of Thomas Jefferson Randolph, favorite grandson of Thomas Jefferson. The stately brick house was built for Randolph in 1828, his family having outgrown the 1799 frame house built for his father, Thomas Mann Randolph, Jr., husband of Jefferson’s daughter Martha. The house was designed and built by the University of Virginia builders William B. Phillips and Malcolm F. Crawford, who continued the Jeffersonian style into the antebellum period. Specific Jeffersonian features are the Tuscan porch with Chinese lattice railing and the Tuscan entablatures. In 1829 Mrs. Thomas Jefferson Randolph opened a small school at Edgehill. The school was first operated in the original dwelling, which was moved a short distance to make way for the present house. The school was continued by her daughters until 1896. The house was gutted by fire in 1916, but was sympathetically rebuilt within the original walls.