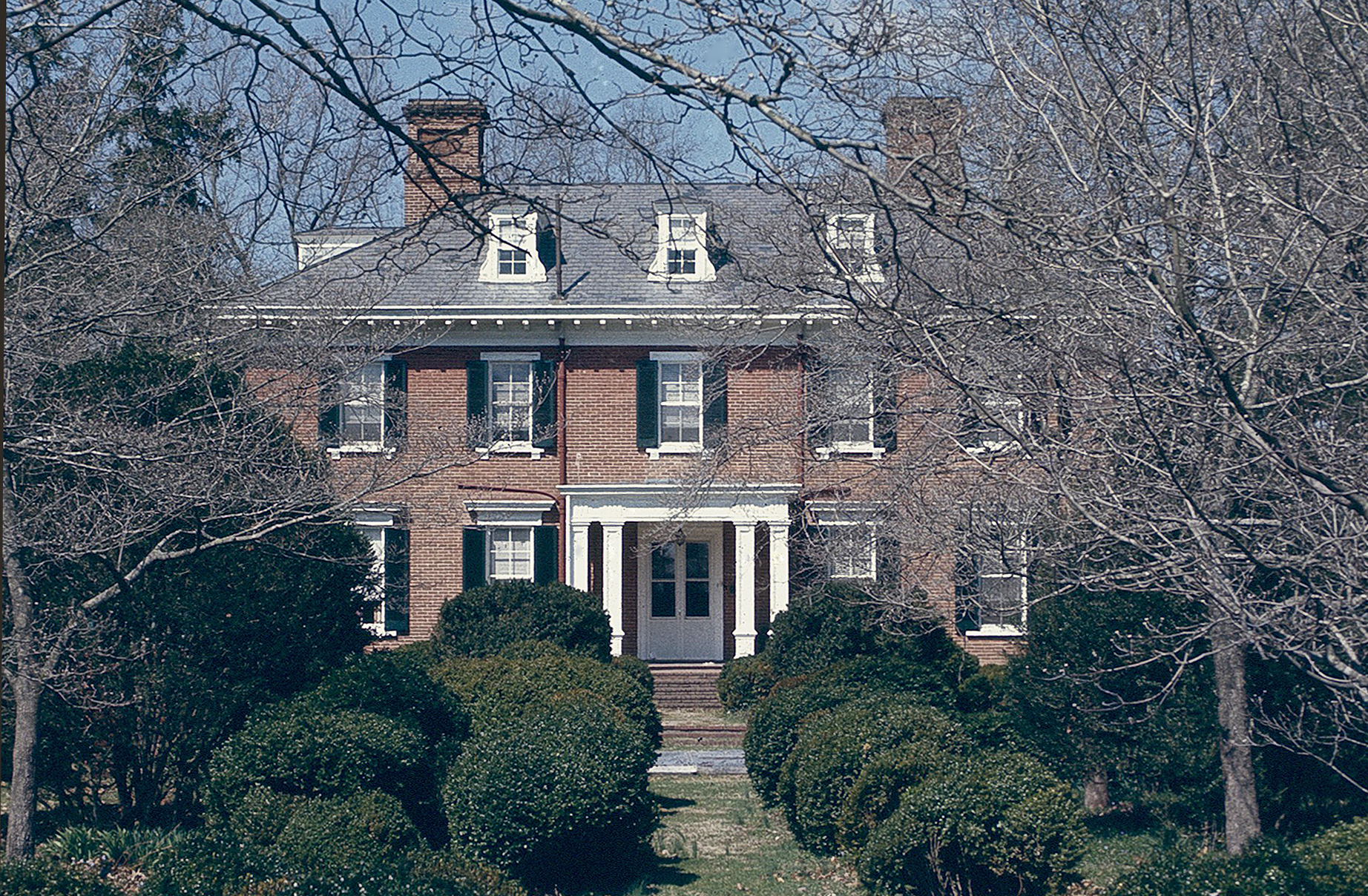 Established in the 1850s, northern Albemarle County’s Cobham Park is pre-eminent among Virginia antebellum estates. The grounds are laid out in the tradition of English romantic landscaping, with sloping lawns and clumps of trees informally arranged to make pleasing vistas. The property originally was the summer home of William Cabell Rives, Jr., second son of William Cabell Rives of Castle Hill. The house, built ca. 1855, shows unusually early Georgian Revival influences, having the character of an 18th-century mansion. It was executed by E. S. McSparren, an English master carpenter who also worked at Grace Church, Cismont. The cynosure of the interior of Cobham Park is the flying spiral staircase, a carpentry tour-de-force. The estate, which straddles the Albemarle and Louisa county line, was purchased in the early part of the 20th century by the Peter family of Tudor Place, Washington, D.C. and served as a Peter country home until the 1970s.