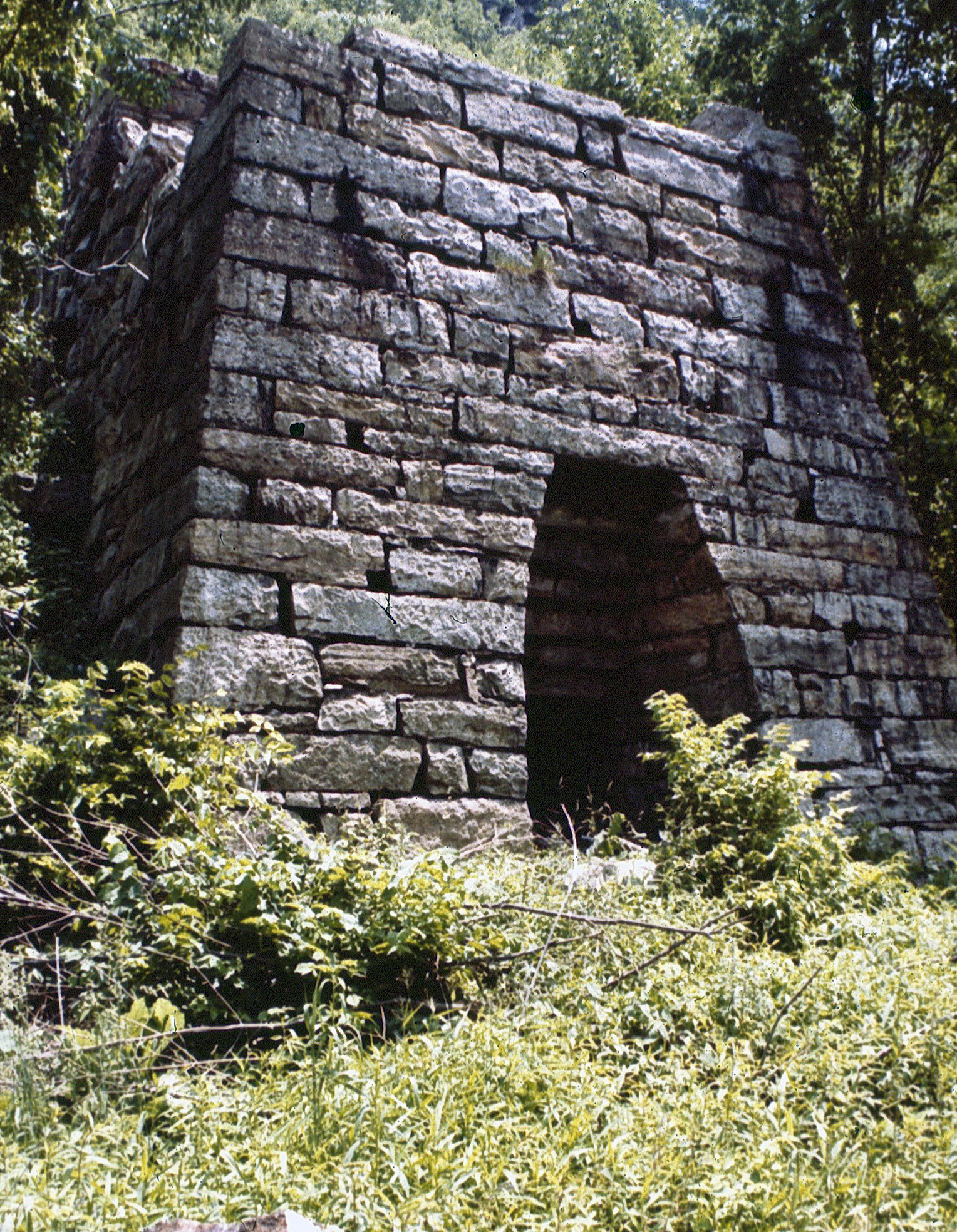 Located in Alleghany County’s Rainbow Gap, one of the Commonwealth’s outstanding natural formations, Clifton Furnace was a major center of ironmaking, a principal industry of mid-19th-century Virginia. The site was in operation as early as 1822, and the present cold-blast charcoal furnace, a stone structure tapering in a gentle curve toward the top, was erected in 1846 by William Lyle Alexander, the forge’s owner. The furnace went out of blast in 1854, although iron production continued at the site until it was completely abandoned in 1877. The stone furnace, now owned by the Virginia Department of Transportation, is the only remaining relic of this once-busy place. The nearby town of Clifton Forge, originally called Williamson’s Station, takes its name from this early industrial site.