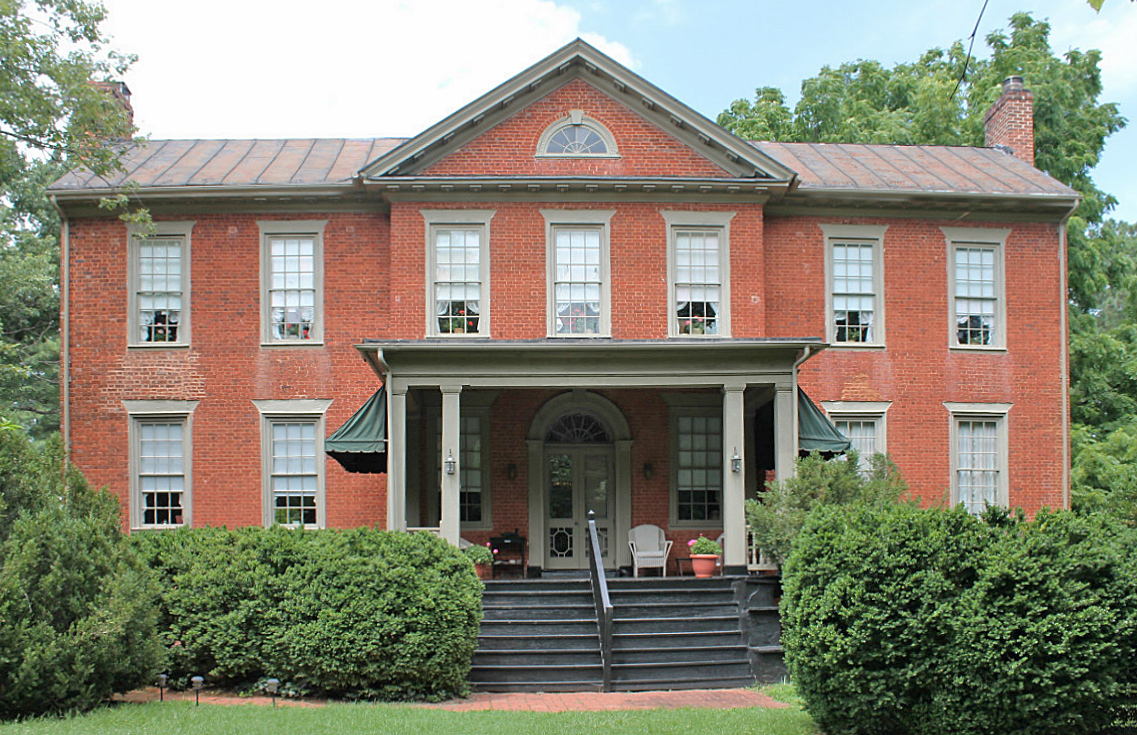 The Brick (or Garland) House, in Clifford, in Amherst County, is a large, well-preserved, Federal-style residence built circa 1803 by David Shepherd Garland, a prominent citizen, who served as a delegate and senator in the Virginia legislature as well as a representative in the U.S. House of Representatives. Often referred to as “King David’s Palace” in recognition of Garland’s wealth and the building’s size, the Brick House was constructed when the town of Clifford—settled by Scottish immigrants as New Glasgow in the mid-18th-century—was the county seat of Amherst and a stop on the stage coach route between Charlottesville and Lynchburg.