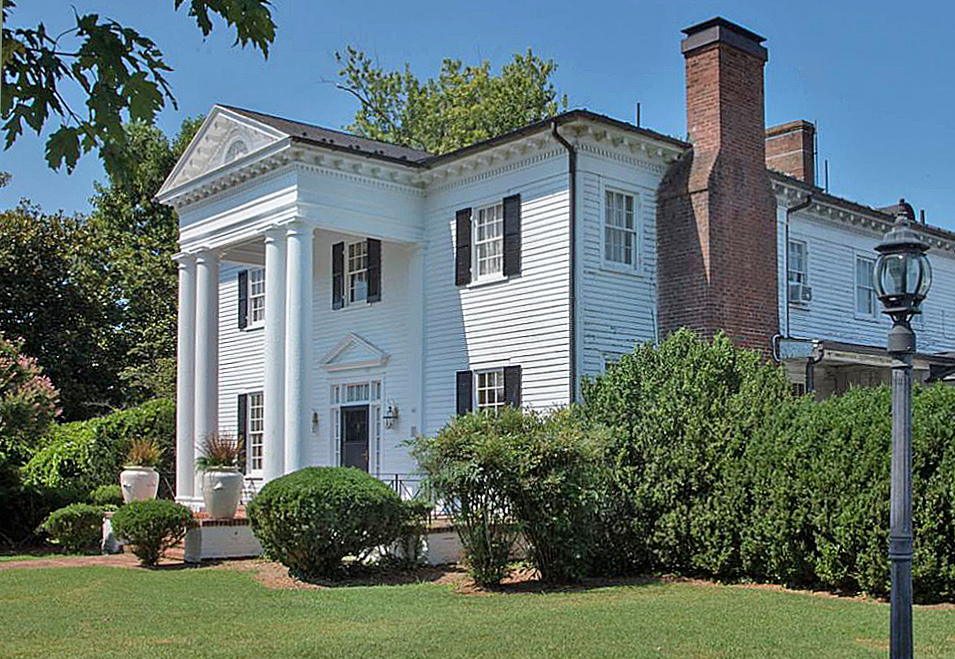 This late Georgian farmhouse was built in the 1770s for Joseph Cabell, who served with distinction as an officer in the Revolutionary War and was elected to various public offices. Cabell sold Winton in 1779 to Samuel Meredith, who likewise was a distinguished military and civic leader. Meredith was married to Patrick Henry’s sister and brought the patriot’s mother, Sarah Winston Syme Henry, to live at Winton. Mrs. Henry died here in 1784 and was buried in the Winton cemetery. The house received its portico and entablature when its exterior was remodeled in the early 20th century. The interior, however, preserves its original robust but localized Georgian woodwork, a striking feature of which is the drawing room chimneypiece decorated with pilasters and pediment. The original Georgian stair survives as well. The property, located in the Clifford-New Glasgow Historic District, has been converted into a country club.