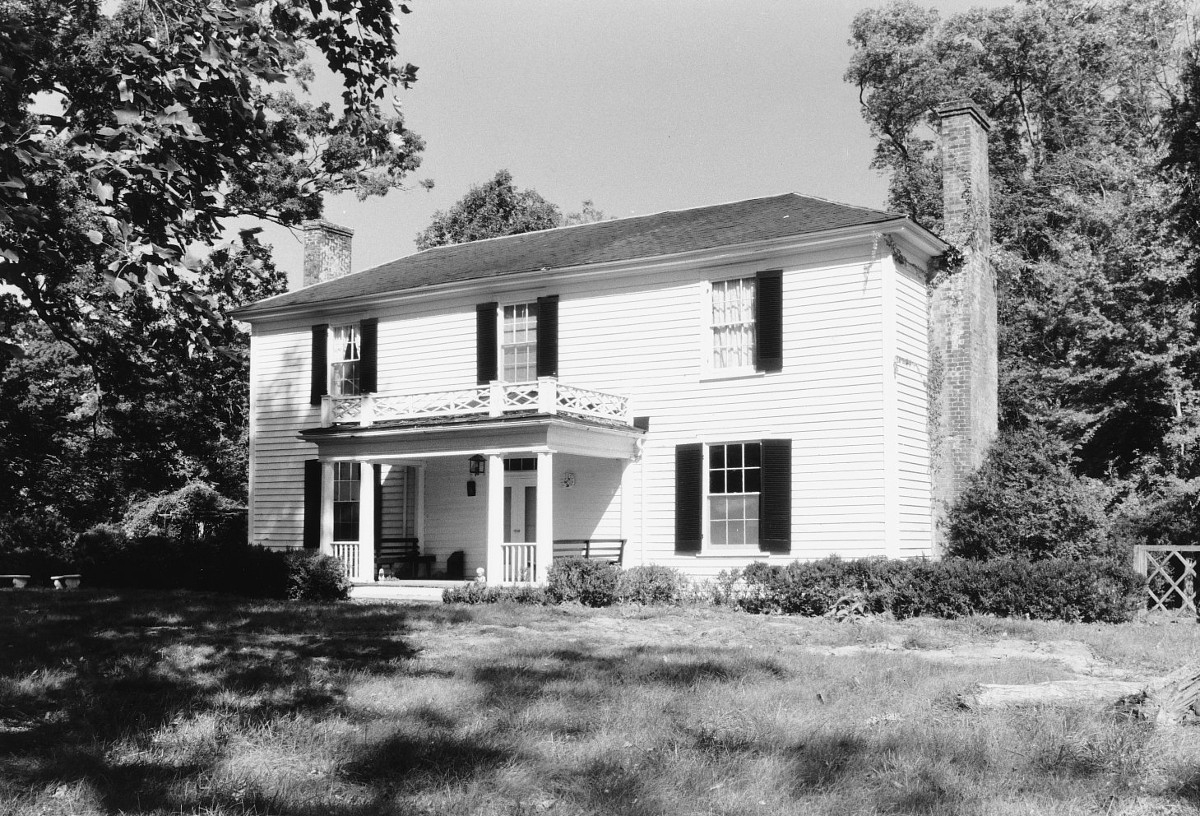 Caryswood is on part of the vast acreage in Buckingham County owned in the 18th century by Archibald Cary, a prominent colonial public figure. The Caryswood tract, some 800 acres, was eventually inherited by Cary’s descendant, Edward Trent Page, who built the present house around 1849, probably following his marriage to Bettie Coupland Nicholas of Seven Islands. The two-story frame dwelling is a typical example of the country Greek Revival architecture favored by the gentry in central and southern Virginia in the antebellum period. Though understated, such dwellings were a dignified contrast to the rustic housing of the region’s simple farmers. Except for a 1915 rear wing, the house has seen almost no changes since the mid-19th century. The interior has plain but robustly molded mantels and door frames. Its collection of outbuildings includes several slave cottages. The property remained in the ownership the builder’s kinsmen at the time that it was listed in the Virginia Landmarks Register.
[VLR Listed Only]