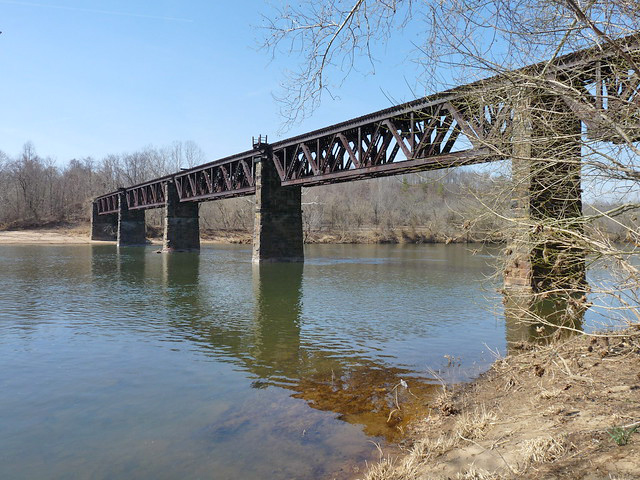 Named for its location approximately six miles downstream from Lynchburg, this historic railroad bridge in the Mount Athos vicinity was initially completed in 1854 for the Southside Railroad, connecting Petersburg to Lynchburg. Listed by the railroad as the “First Crossing the James River,” the bridge originally consisted of five stone piers supporting a superstructure of six wooden trusses for a length of 670 feet. The bridge was burned by Confederates in 1865 to protect Lynchburg. It was soon rebuilt with similar trusses. It was rebuilt again in 1870 when the piers were increased in height to support a wrought-iron Fink truss superstructure. The bridge was strengthened in 1886 and again in 1899 and 1920 with riveted steel Pratt-type suspended trusses. Abandoned in 1972, then listed as Bridge No. 58, title was transferred in 1992 by the Norfolk Southern Corp. to the Mount Athos Regional Museum and Information Center.