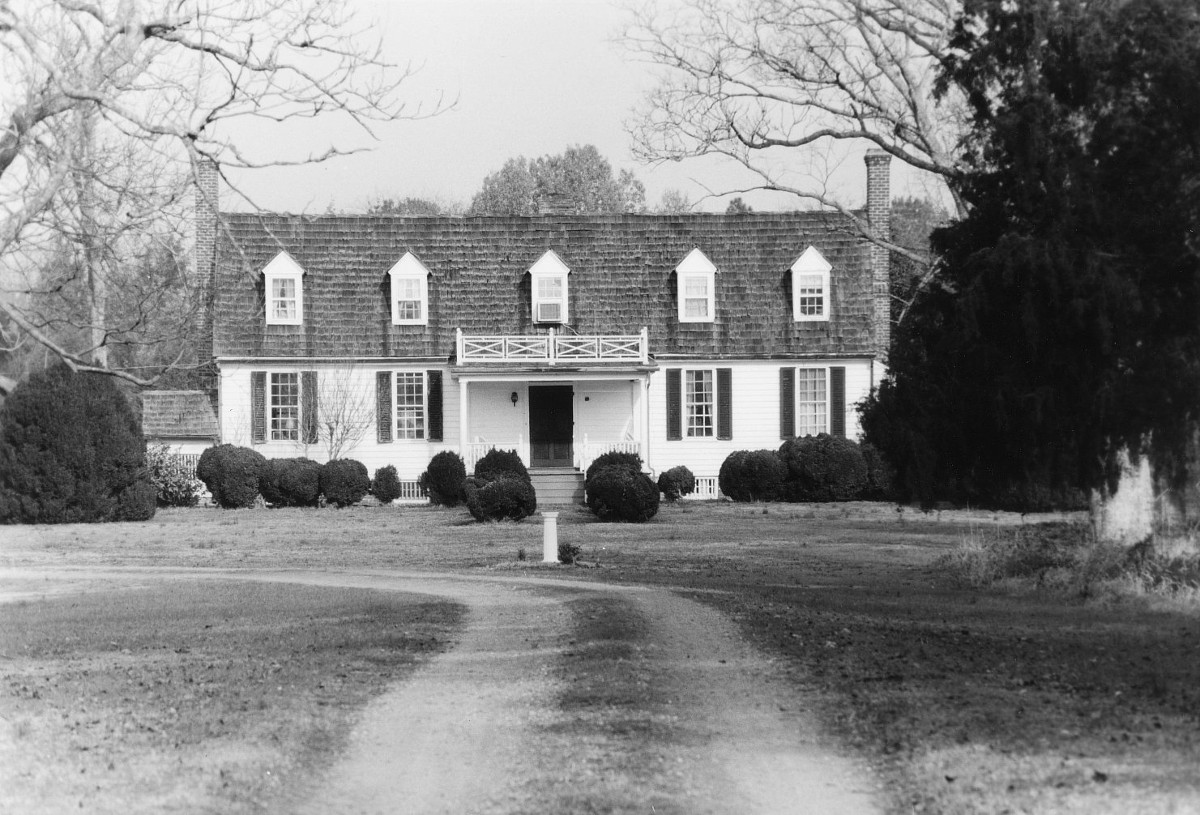 John Tyler, tenth president of the United States, was born at Greenway on March 29, 1790. Amid a cluster of outbuildings, the dormered residence is typical of the many lesser plantation houses erected in Virginia during the second half of the 18th century. It was built around 1776 for Tyler’s father, Judge John Tyler, governor of Virginia 1808-11, who is buried here. The future president lived at Greenway until his marriage to Letitia Christian. He returned in 1821 and made Greenway his home during his own tenure as governor in 1825-27. Tyler sold Greenway in 1829 and eventually purchased nearby Sherwood Forest, where he lived until his death. The unpretentious but formally proportioned dwelling has survived without significant alteration. The interior preserves original woodwork, including imposing paneled chimneypieces. The complex is one of the many landmarks along Virginia’s historic Route 5.