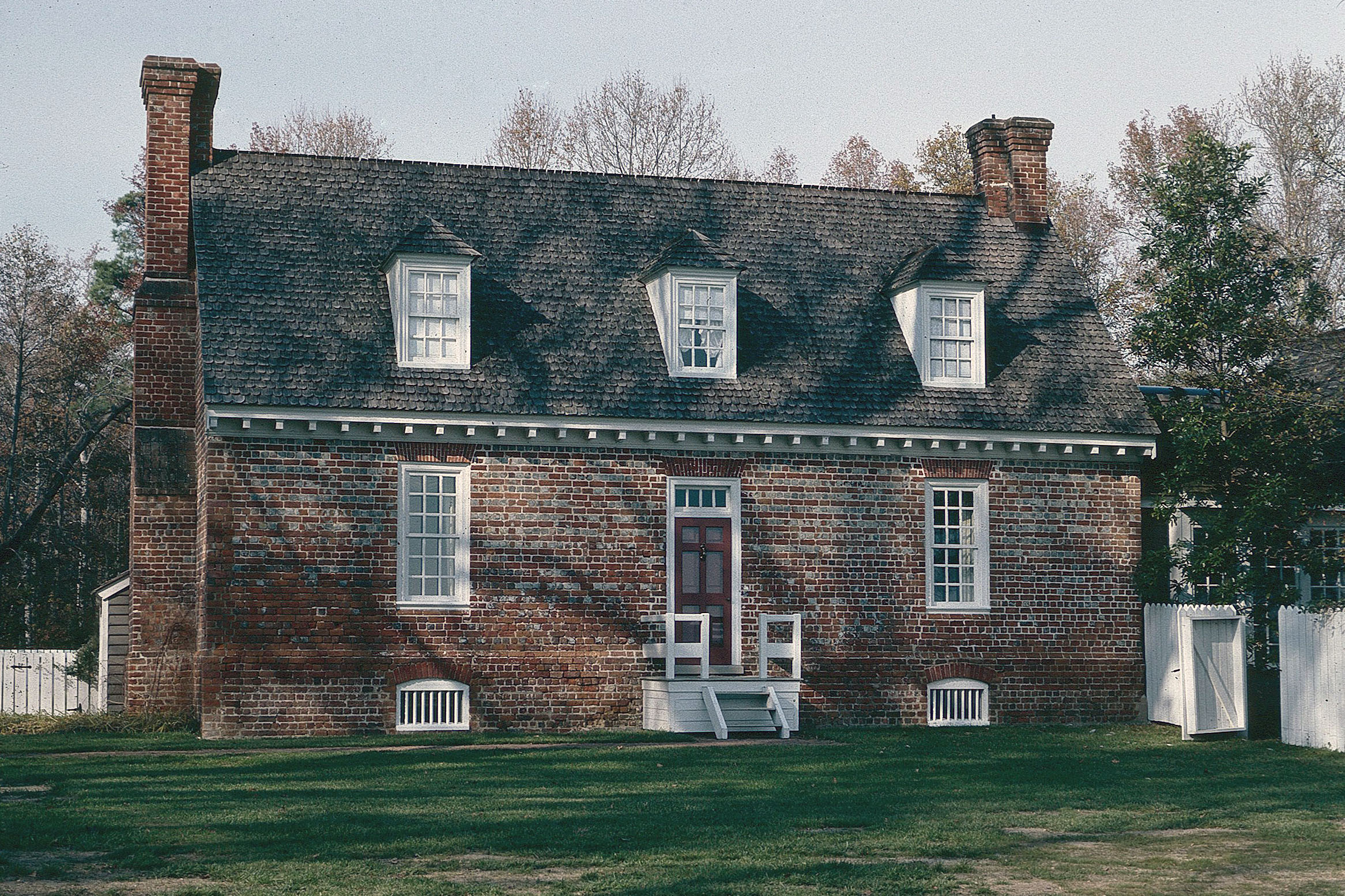 On a high bluff overlooking the Chickahominy River, Margots is a small but carefully crafted planter’s house built between 1700 and 1729. Its brickwork is distinctive for employing English bond with all glazed headers which give the walls a striped appearance. Like the Adam Thoroughgood house, Eagle’s Nest has one interior end chimney and one exterior end chimney. The latter is set off by tiled weatherings and a set-back T-shaped stack. The original roof was destroyed in the early 20th century when the house was raised to two stories. The property was acquired for a game preserve by the Department of Game and Inland Fisheries in 1979. The house with a small tract was subsequently conveyed to the Association for the Preservation of Virginia Antiquities and was sold to private owners in 1981, whereupon it underwent a meticulous restoration.