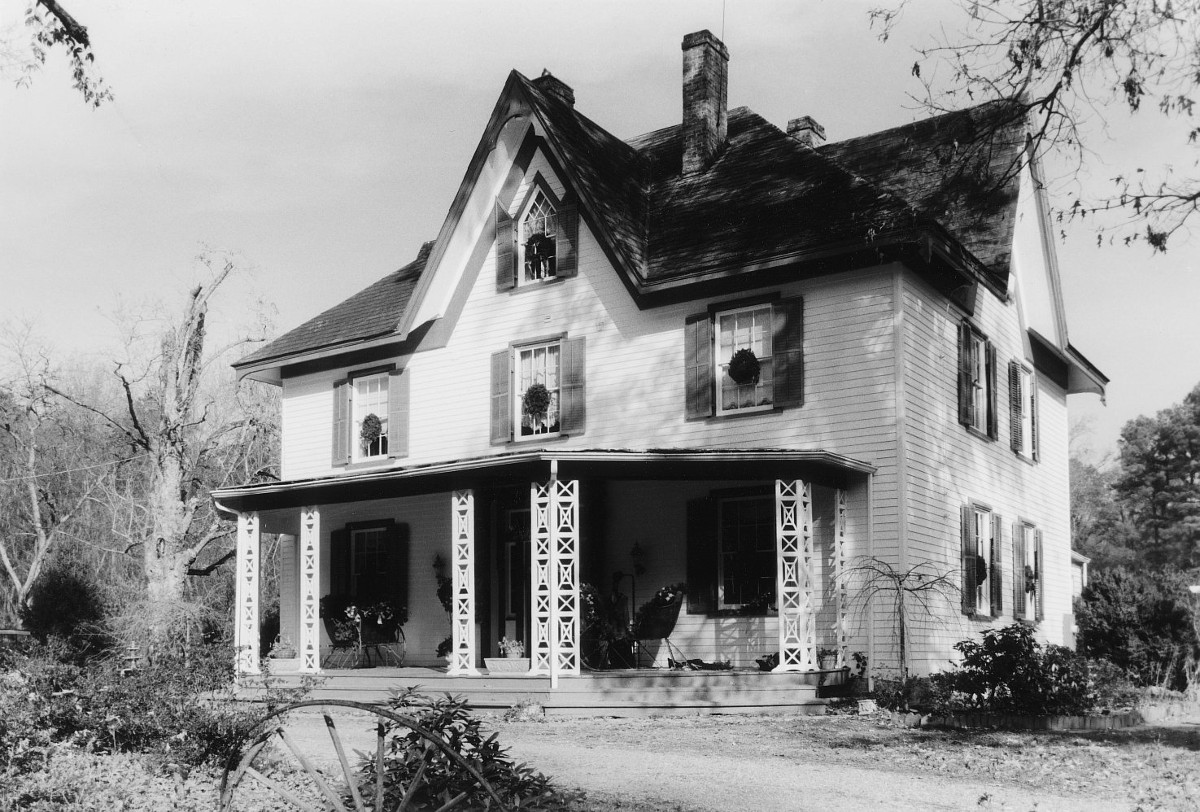 The storybook Gothic Revival house of Edgewood in Charles City County is an architectural contrast to the area’s noted colonial plantation houses. It was built around 1854 for Richard S. Rowland of New Jersey, who moved here to operate the mill that stands just behind the house. The mill, an 18th-century structure, was originally owned by Benjamin Harrison V of nearby Berkeley and was visited during the American Revolution by British troops led by Benedict Arnold. Harrison’s Mill was largely rebuilt in the early 19th century to accommodate updated machinery. During the Peninsula campaign of 1862, Confederate cavalry leader Gen. J. E. B. Stuart found refreshment at the Rowland house. Two weeks later part of Maj. Gen. George B. McClellan’s Army of the Potomac encamped at Edgewood. A familiar landmark along historic Route 5, Edgewood was restored to serve as an inn late in the 20th century.