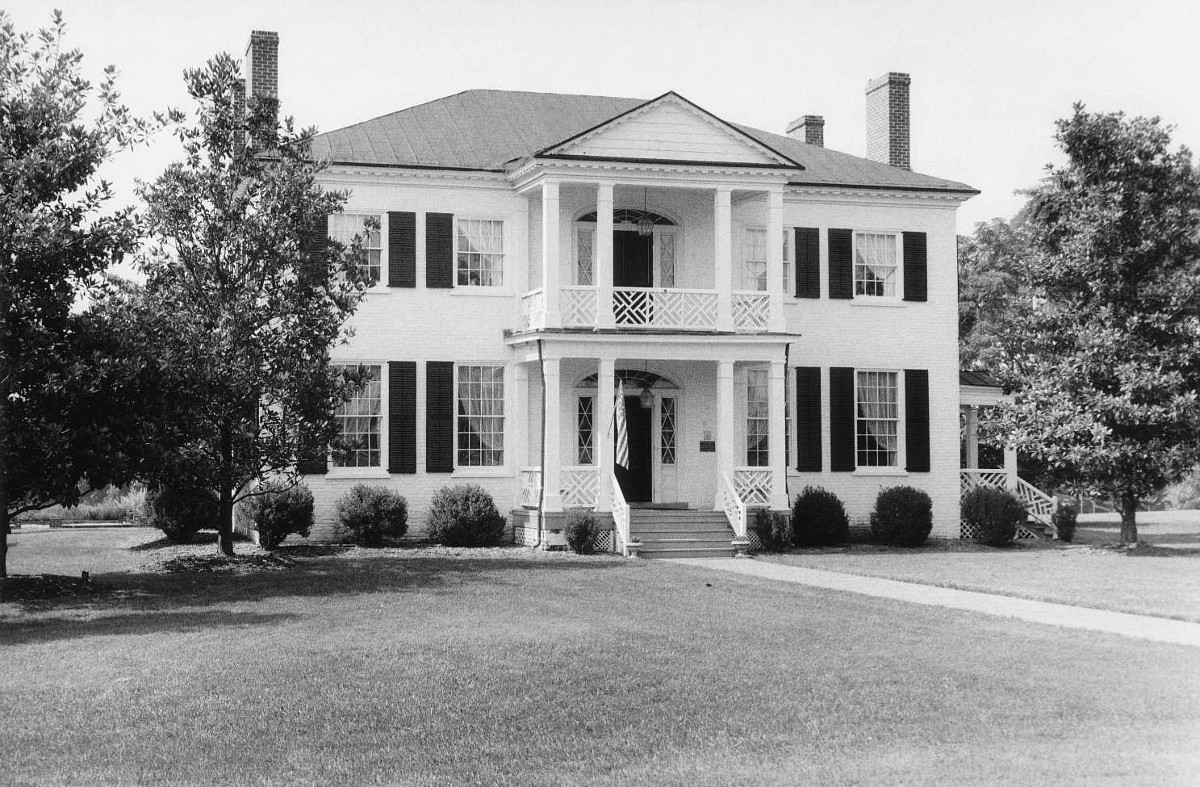 This brick plantation house, prominently situated across from the county courthouse, was built for William Winfree in 1823. It is the county’s most sophisticated example of the Federal style and is noted for its elaborate woodwork and ornamental ceiling medallions. The design source for the medallions was Asher Benjamin’s American Builder’s Companion (1806), an architectural pattern book widely used by Virginia builders. The similarly of the trim to that in other Virginia federal mansions, notably Hampstead, Horn Quarter, and Upper Brandon, suggests common craftsmen. The exterior displays the formality characteristic of the Federal mode, having a symmetrical five-bay facade and hipped roof. The present portico is a modern replacement of an earlier portico. The house was purchased by Chesterfield County in 1984 and is now exhibited as a museum by the Chesterfield County Historical Society.