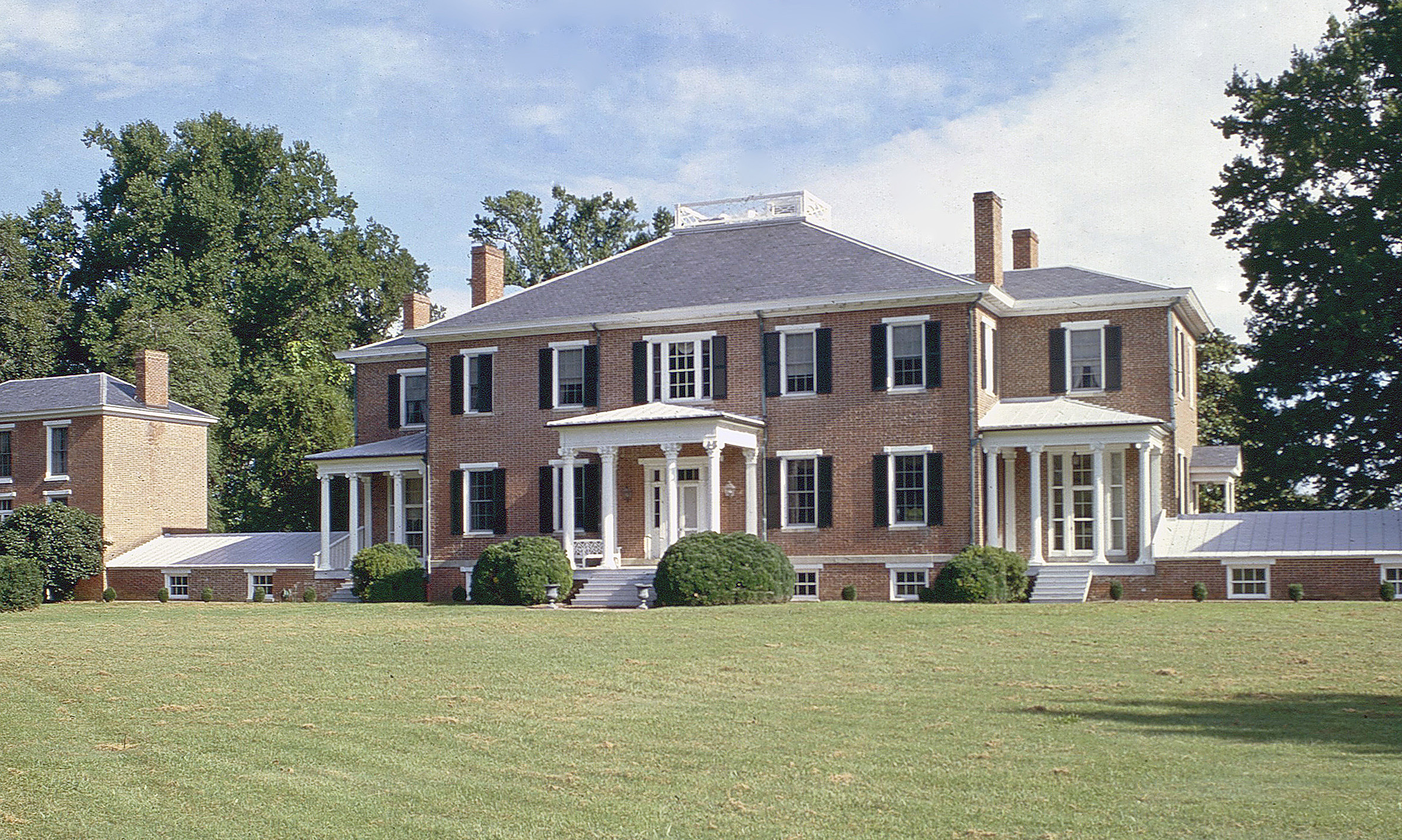 The architecture of Upper Brandon Plantation’s mansion places this grand work among an important set of sophisticated Virginia Federal houses crafted by accomplished but yet unidentified builders making use of Asher Benjamin’s American Builder’s Companion (1806). These include Hampstead, Horn Quarter, and Magnolia Grange among others, all of which have related detailing. Upper Brandon’s original center section was erected in 1825 for William Byrd Harrison, son of Benjamin Harrison III of adjacent Lower Brandon (Brandon). Harrison, an advocate of improved agricultural practices, contributed articles to Edmund Ruffin’s Farmers’ Register. The house was enlarged with two-story wings in 1859. The Prince George County plantation was part of a 1616 grant to John Martin and has been continuously farmed since the mid-17th century. In 1984, the 2138-acre property was purchased by the James River Corporation, which restored the house and grounds for use as a corporate retreat center and model farm.
[VLR Listed Only]