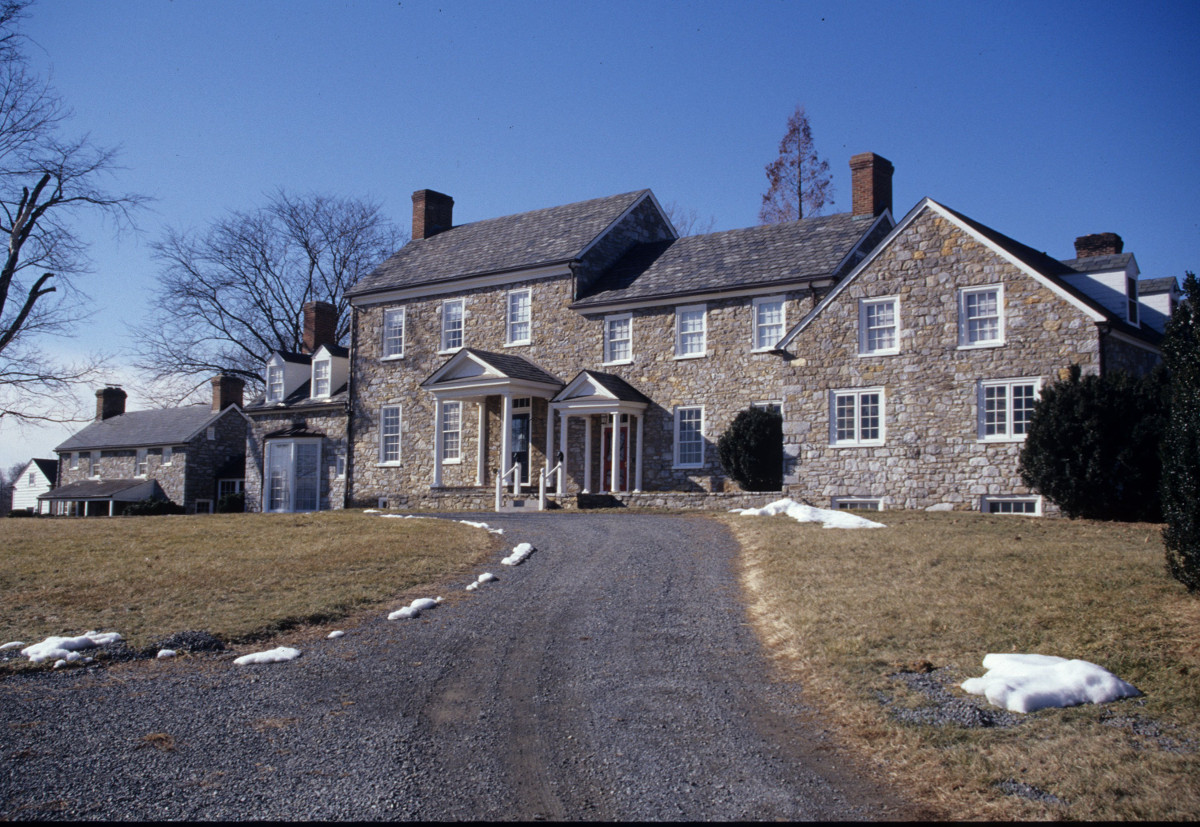 The earliest portion of Chapel Hill is the two-story, Federal-style, central stone section of the present house, which was built for Dr. Charles Carter Byrd in 1824, a year after his mother deeded him the 168-acre tract. Philip Burwell, son of Nathaniel Burwell of nearby Carter Hall, bought the property in 1826. Its most distinguished 20th-century owner was Major General William “Wild Bill” Donovan, who purchased it in 1938, then engaged Washington, D.C., architect George L. Howe to remodel and enlarge the house in the Colonial Revival style. Howe added the one-and-a-half-story stone flanking wings. Several outbuildings, including a bank barn, stable, and groom’s house, were also constructed at that time. During World War II, Donovan founded and directed the Office of Strategic Services, forerunner of the Central Intelligence Agency. After his death in 1959, the property remained in the Donovan family until 1999.